Mark Hill made his name as one half of UK Garage outfit, Artful Dodger. Their music struck a chord with garage fans thanks to its captivating melodies and excellent vocals, thanks to Craig David and numerous other vocalists, including Robbie Craig and Romina Johnson. There was a professionalism and depth to the music that it gave it huge crossover appeal and as a result Artful Dodger notched up two No.2s in the UK charts. Mark and his partner in crime Pete Devereux became superstars for a short time before UK Garage lost favour with a lot of people and simply faded away for a while. However, UK Garage’s influence has permeated through into the music of many young producers who are making it big at the moment, and the sound has been back on the rise for the last couple of years. Though I’d hesistate at calling it a resurgence, there is without a doubt plenty of UK Garage-inspired music around and it’s great to see such an accessible form of party music back in many DJ’s sets. Mark Hill is back in the studio making new music on his own as ‘Artful’, so we caught up with him to get the lowdown on what he’s up to and how he feels about the current music scene…

How did the whole music thing start for you?
I’ve been interested in music as long as I can remember, I used to play in my Grandad’s music room when I was a kid and was fascinated by all the instruments he had. I then joined a brass band with a mate of mine and tried almost every instrument before they got frustrated with me and handed me a pair of drumsticks. I think I had a guitar kicking around, too from about age 8. I never studied music at school until I decided to change tack during my A-Levels, from studying to be an architect to thinking seriously about music as a career.

How did you get into DJing and making music? Who/what inspired you to get into DJing and so on…
The DJing came after I started working with Pete on house music back in the mid nineties, he was a DJ in a club in Southampton and I got jealous that he got the glory of playing the tracks we made in the studio so I bought a pair of Technics and a mixer and taught myself to mix.

Can you remember your first DJ gig? What was it like? What did you play and where was it?
I think the first time I played out was in the Academy, Southampton, where Pete was a resident. I’m pretty sure I played some of our own tracks with the likes of Double 99 “RIP Groove” and Armand Van Helden’s remix of Tori Amos “Professional Widow” at the time.

When did you decide to make music your vocation in life? Was there a point where it became more than a hobby/ambition?
As I said, I had always planned to go to University to study Architecture but as it was obvious to people around me at the time, music was a massive passion and I was becoming pretty successful and, after a conversation with my uncle who wasn’t happy working where he was, I was convinced to follow music more seriously and ended it up studying it at Southampton University.

How did you go about making your dream a reality?…
After moving to Southampton to study a music degree I didn’t really have any idea how to go about pursuing a music degree but, after answering an ad for a percussionist, I joined a band and met Neil Kerr who played bass. He introduced me to the world of computers, sequencers and recording and the pair of us decided to open a studio while I was in the final year of my degree.

When did you get what might be considered to be a ‘big break’? Or when did you start to feel as though making and playing music was a viable career option..
To be honest, we had lots of potential breaks that got us excited and unfortunately fell at the final hurdle, it was a very frustrating time and we were flat broke and in a lot of debt, we just kept pushing on with blind optimism and eventually Pete came to the studio and introduced me to the world of dance music. After doing a few bootlegs I convinced a young Craig David to put some vocals down in return for me developing his solo stuff. Even then it was a long time before we got a sniff that DJs were playing our tunes in the clubs.

When did the name Artful Dodger come about and who originally made up the team?
Pete Devereux and I were the only members of AD and we featured a whole load of different singers and MCs etc… We came up with the name over a coffee and originally it was only meant to be a throw-away name to be used for a series of bootlegs we did. We wanted something that sounded mysterious just in case anyone came after us. After we split in 2001 I let Pete carry on with the name, and then it got passed on to the label who carried on with it using Alistair and Dave for DJing.

Can you tell me a little bit about being on pirate radio and the influence that had on your approach to DJing?
Actually, to be honest, as we were based in Southampton we had very little access to pirate radio, it was only when we traveled up to London I used to tune into it. We got access to the new tunes through the network of record shop owners we used to visit when dropping off our own tunes on vinyl.

How did you hook up with Craig David?
A friend of mine was working on a project for the Southampton football club with a youth centre and used the studio to record a track with them, Craig was one of the soloists so I could see the talent and potential he had. It was years later when we started making the Artful Dodger tunes and were looking for a vocalist to do original stuff that I bumped into him in a club and asked if he wanted to come to the studio, he was already a fan of the stuff we had done so agreed to get involved.

What was it like in those early days of UK Garage? When did that sound first pop up?
It kind of just evolved really, it was influenced by lots of different genres, R&B, House, Drum and Bass, Ragga… My approach was to create dance music that wasn’t just 4 to the floor and having made R&B and being a lover of Soul music, I wanted the tracks to have a real song structure and soulful chords and melodies, but I wanted to be able to mix it with the house and Speed Garage.

Who were the people who inspired you, UKG-wise?
Certainly MJ cole and Grant Nelson, I loved their sound and musicality, and their beats were amazing.

You’ve had a fair amount of success over the years, what would you say has been the secret to this success?
It’s probably my drive and focus, when I set my mind on something I’ll do everything possible to achieve it. I’ve had a lot of knock backs, and things that haven’t gone as well as planned but that’s all part of the learning process, I always brush myself off and have another crack, that’s what’s so exciting about making dance music again, the industry has changed so much and it’s a fresh challenge.

What equipment were you using to produce your tracks? What was your studio set up?
It was all based around the Mac and Studio Vision Pro, we had 8 tracks or audio recording on the computer and 2 ADAT players synced up. The most popular sound modules were the JV1080, EMU Proteus and Mo Phatt, Novation Supernova II and an AKAI sampler. The desk we used in the early days was a Soundtracks TOPAZ and we moved to a D8B when we started earning some money.

What’s your favourite piece of kit or software?
I love working with Logic and Ableton, but my most treasured items are probably my Fender Telecaster and Ovation nylon string semi-acoustic guitar.

Why do you think UK Garage faded away for a bit?
It got to the point where A&R guys were just signing tracks because they were UKG sounding and not really considering them as pieces of music and then, as always happens, people get tired of the same old sounds and get excited by something new that’s coming through

Now it seems to be back and strong as ever, with a new generation producing garage tracks – how has your approach to production changed?
Technically it has changed a great deal, I love playing with new technology to produce sounds but fundamentally I still love certain sounds and they way they fit together, I did try and steer clear of garage when I started making dance music again but it seemed that the world was reacting favourably to those sounds again so I thought to myself, “Why on earth fight it?”.

Which young producers are you really feeling at the moment?
Really like what Disclosure are doing. Rudimental are making great music, Shift Key, C.R.S.T, Burial, SBTRKT there is a huge list, it’s a really fertile time for music

And how has your sound evolved in recent times?
That’s a tough one, I’m trying to push the boundaries a little and experiment, but I’m also making quite classic sounding tracks as it gets a great reaction from the crowds.

What are your plans for the rest of the year?
I’m spending a lot of time and effort trying to reconnect with old Artful Dodger fans to let them know that I am now making music again as “Artful” and working towards an album, DJ and live tour in the summer.

As someone with a lot of experience in the music industry, from grassroots up to big label business, what advice would you give to someone who’s just getting their foot in the door?
It’s a very competitive time in the music industry as it’s far more affordable to make music, but there are amazing opportunities to those who are creative and stay focused. It’s never been easier to get your music to an audience if you are prepared to believe in what you do, remain focused, and put the hours in. 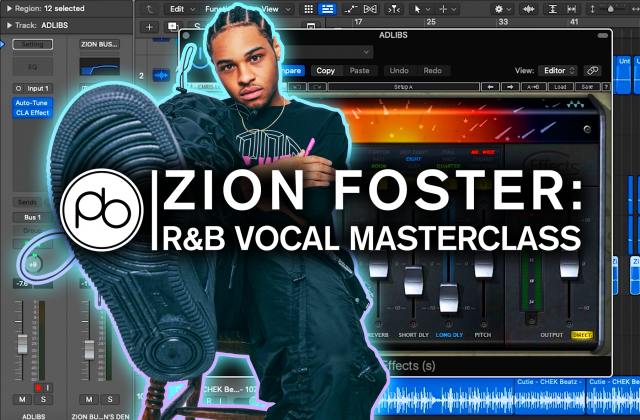 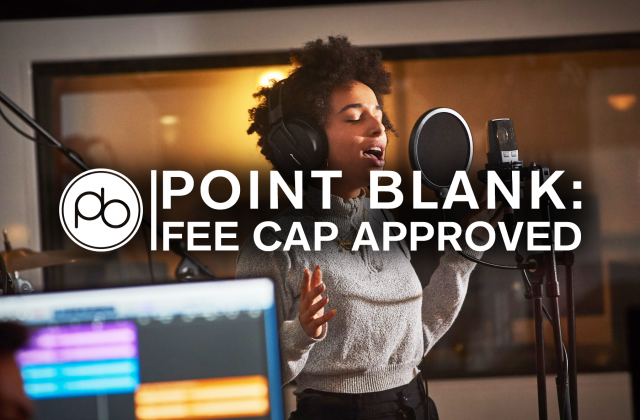 Full Funding Available Now For All HE Courses: Apply Today