Over the last 20 years, Point Blank has seen it all. Despite the vast changes in production technology and methods, beginner producers, students and even some veterans often trip up on the same mixing mistakes time and time again. As more and more tools and channels become available at affordable prices, often the fundamental production techniques are forgotten, which can leave your music sounding flat, thin and harsh.

In these 10 tips, we expose the common mistakes made by producers with tips and techniques to avoid them along the way. If you’re not currently a student a Point Blank but are thinking about taking the first steps toward a career in music, we’d highly recommend checking out our degree courses in London and online.

Such is the stereo width and sonic depth of most synth plug-ins these days, it can be easy to overlook the pan dial altogether. Keeping everything panned centrally won’t help your mix overall though, as sounds which should be panned in the middle, such as kick drums, basslines and lead vocals, will have to compete for space with every other sound in the mix. Mixing on headphones compounds this problem, as pan moves seem so much more disarming without the ‘natural bleed’ you get when mixing on speakers.

Tip: Start by panning less significant mix elements and experiment with auto-panners to free up more room in the middle ground.

2. Only Using EQ to Boost 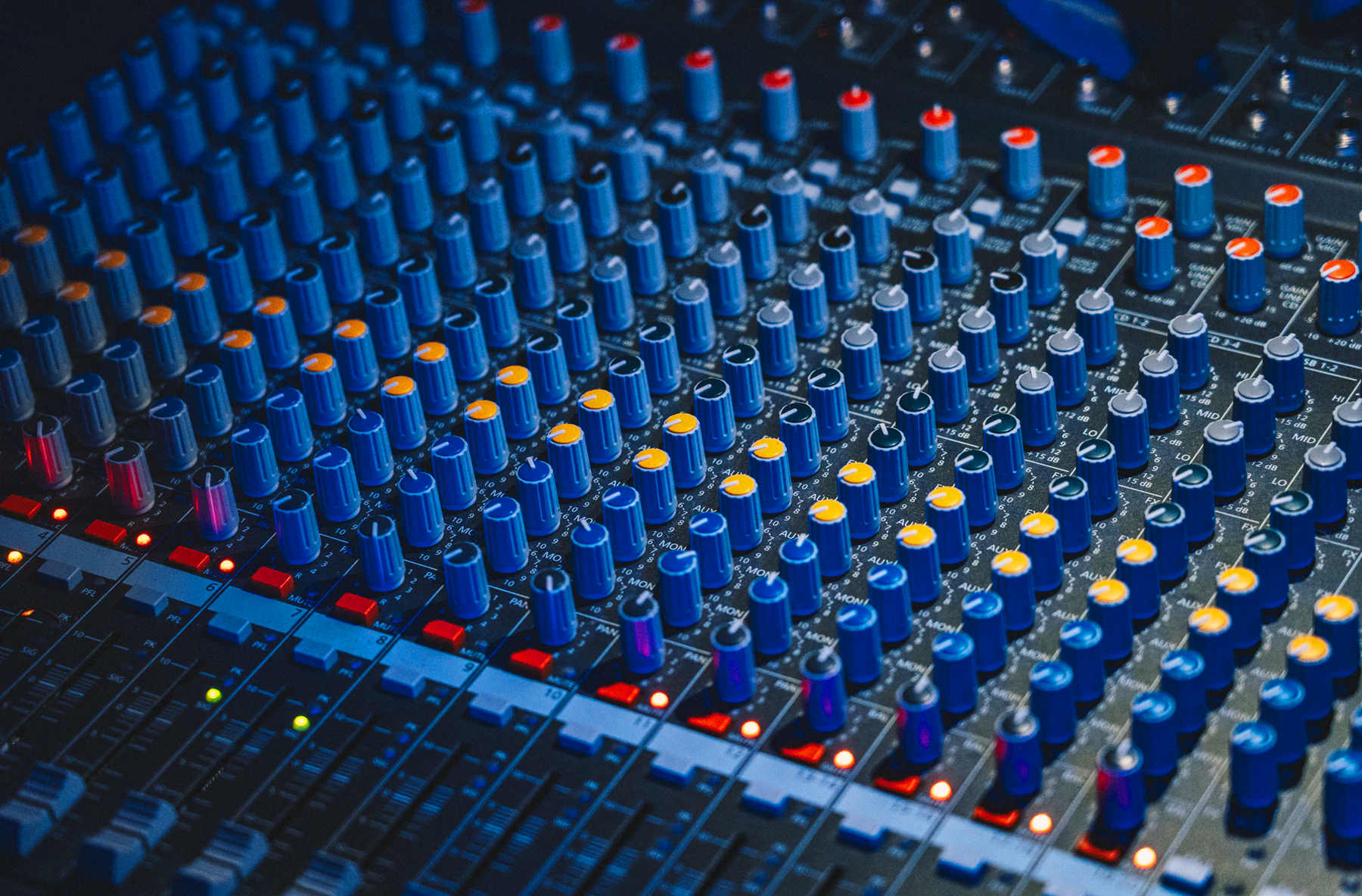 Want a sound louder? Use its volume fader. EQ isn’t only a boost tool, it’s there to cut volume from frequencies too. It’s a classic mistake everyone makes when they first start mixing – either twiddling the EQ dials on a desk to that they’re all turned up, or slowly adding level to every available band within an EQ plug-in. EQ is designed, of course, to lift frequencies of sounds but if you’re doing that for one sound, you may well need to cut the same frequencies in another to avoid the two combining to overload a particular area of the frequency spectrum.

Tip: Reach for volume before EQ. If you’re looking to boost a certain frequency, make sure you cut that frequency in other sounds to avoid clashes.

Wow, synth plug-ins are loud! Fire up a preset from almost any modern plug-in and you may well find its channel is overloading even when you audition that sound with moderate velocities. It’s almost as if plug-ins are trying to impress us with volume but, the problem is, once you’ve set up one ‘loud’ sound source, everything else will have to be loud to match it, meaning that your mix will immediately slam the output channel into the red and beyond.

Tip: It’s a good idea to prepare for this by starting any mix project by pulling all of your faders down to -6 to -8dB to provide mix headroom before you start work.

4. Be Careful with Reverbs at the Bass End 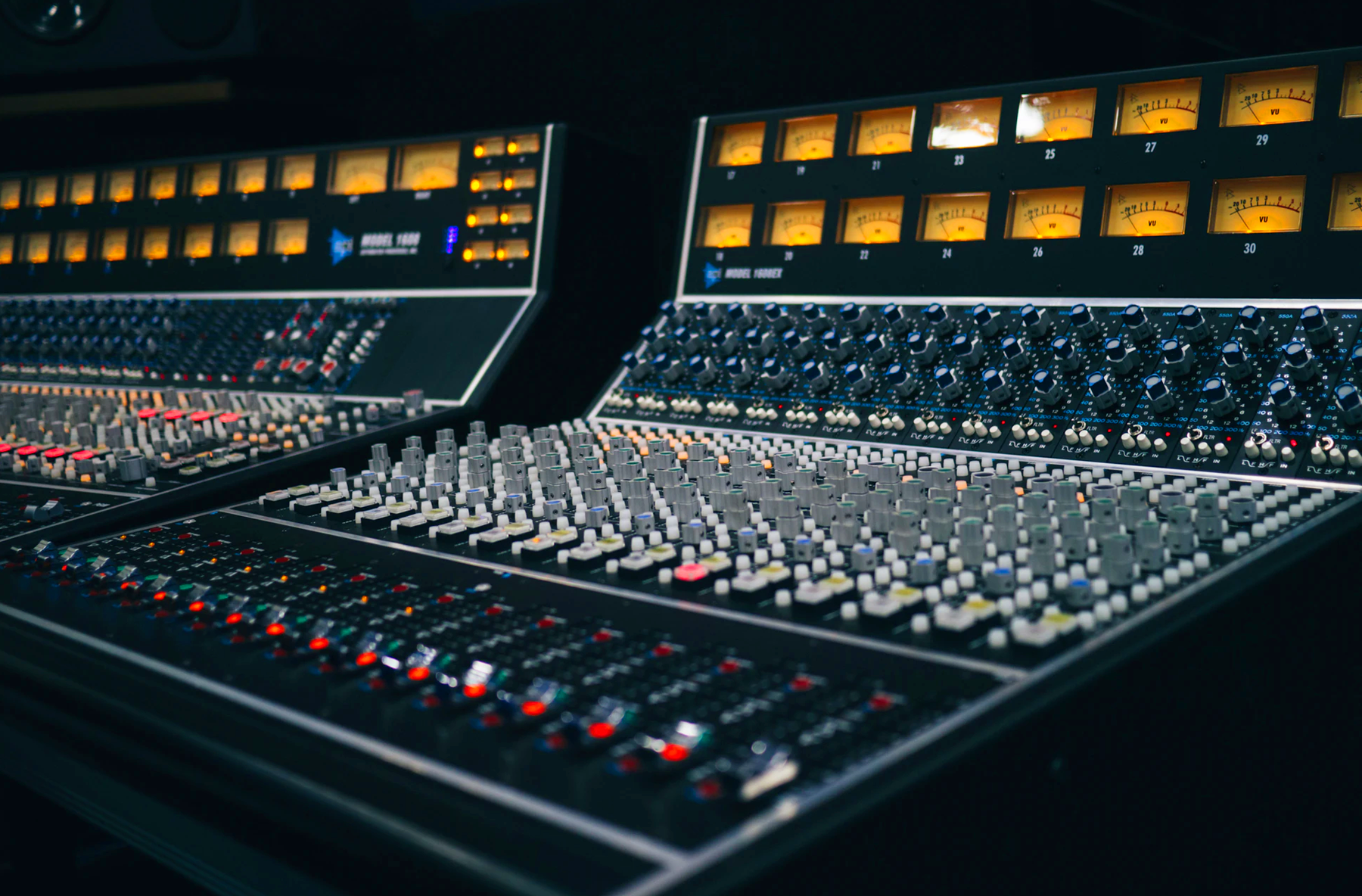 Reverb is an essential mix tool but whilst it will work wonders for some sounds in your mix, others will use that reverb to turn your mix into a soup. This is particularly true of sounds generously appointed with bass; kicks, basslines and even the lowest notes in pad sounds. Rather than providing punch and power, the ‘diluting’ nature of reverb will de-focus a mix if you’re not careful.

Tip: If you’re determined to add reverb to such sounds, try adding an EQ after your reverb and dramatically cutting frequencies below 200Hz from the reverb signal so that the bottom end doesn’t become swamped. 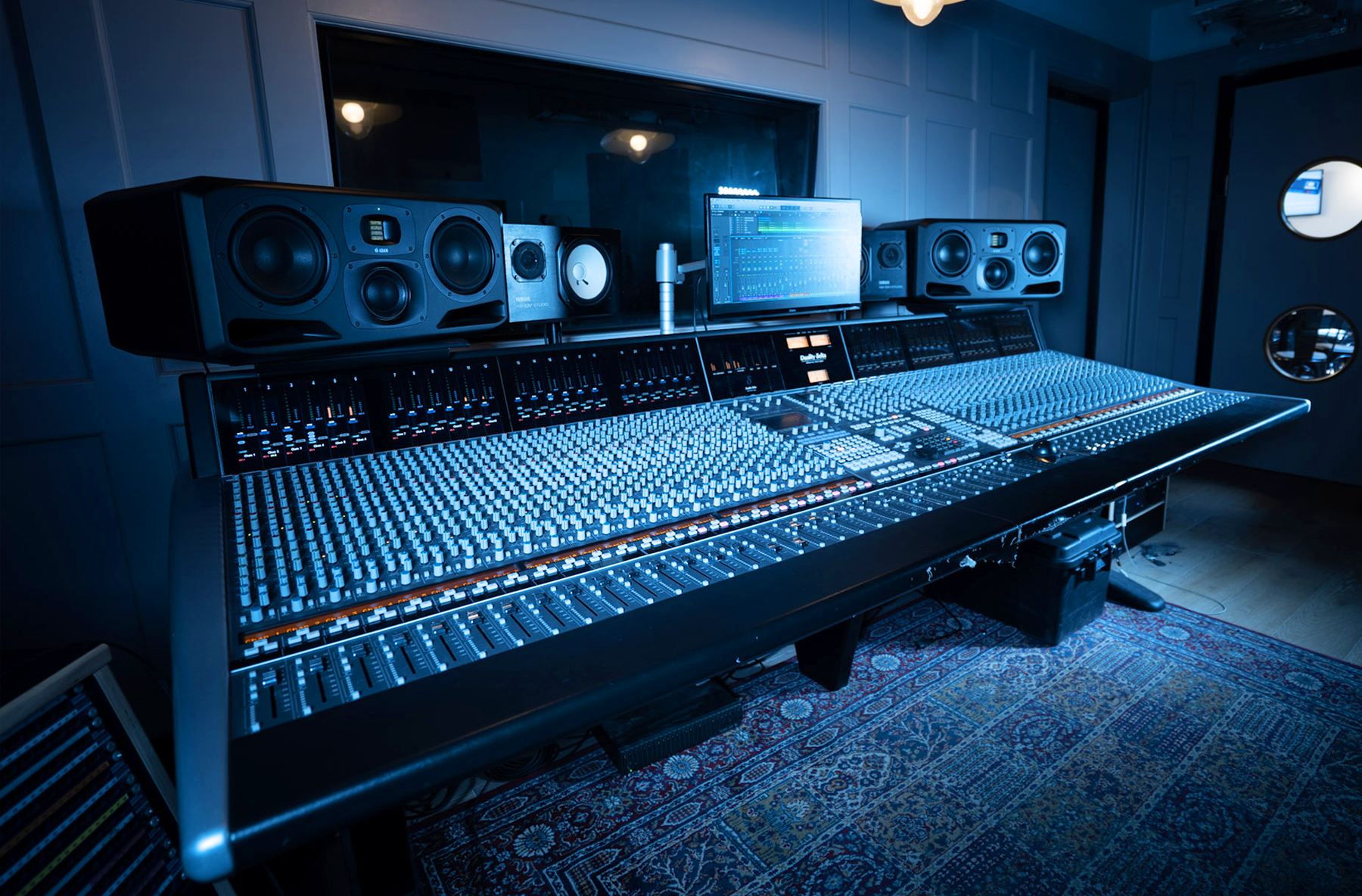 Think of a mix session as a marathon, not a sprint. As time wears on, so your ears will wear out, leading to a number of likely mix mistakes. The first is that your critical judgement will be impaired by repeated listening, leading in turn to poor choices of levels, reverb amounts, EQs and so on. The second is that you’ll end up turning up the monitoring volume; in a bid to add excitement and to pump energy into your ears, listening volumes rise, compounding those misjudgements. Thirdly, you’re likely to start adding too much treble – again, in a bid to create excitement.

Tip: Take regular breaks and your ears – and your mix – will thank you. 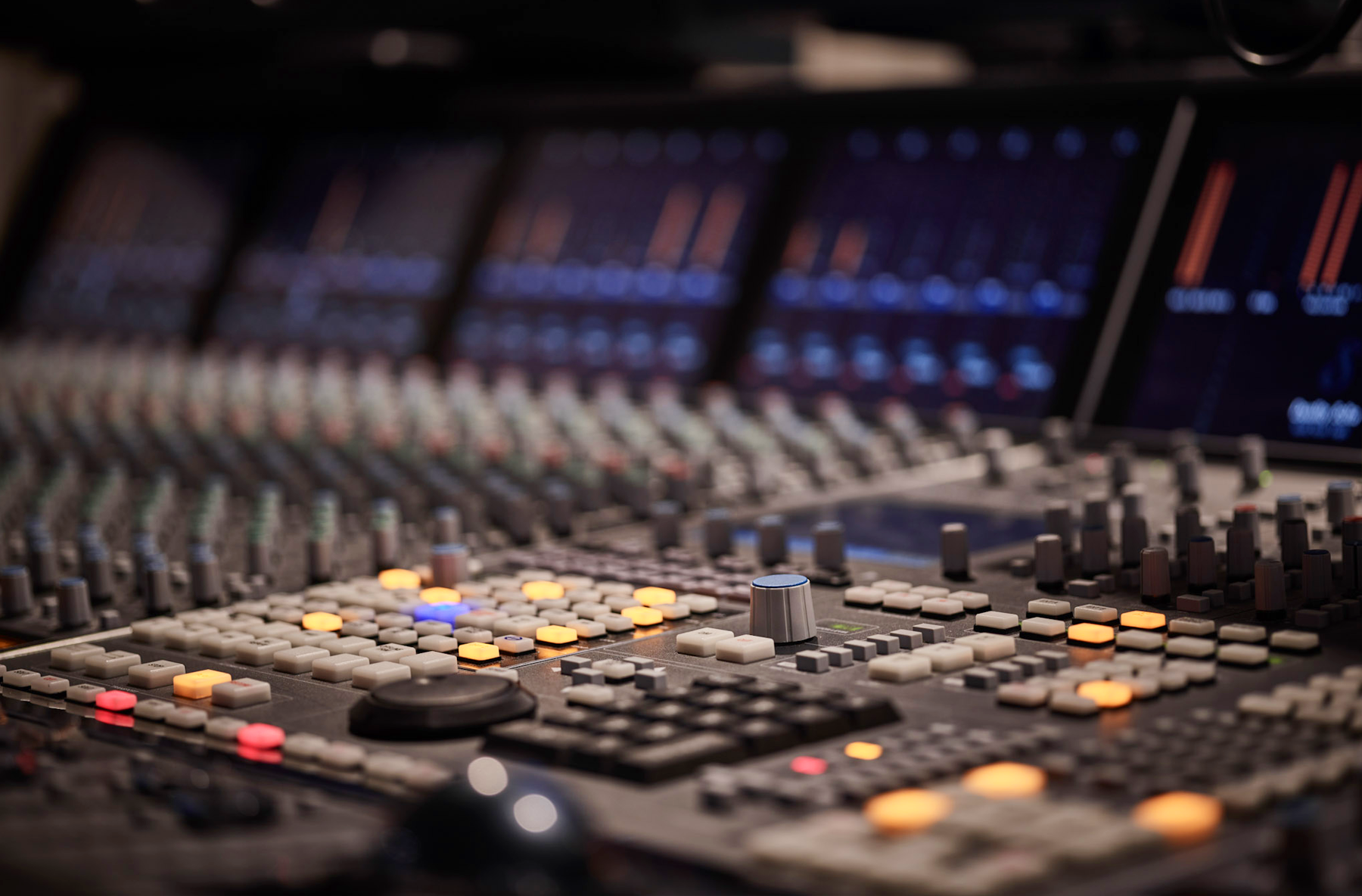 We’re used to being inundated with presets within synth plug-in hosts but mix tools such as plug-in compressors, EQs, channel strips and even ‘mastering’ processors now come awash with presets too. How on earth can these ‘know’ your mix from any other? Just as avoiding synth presets as you’re programming will give your tracks a much more personal feel, so dialing up a mix preset called ‘Dream Acoustic Guitar’ or ‘Pop Master’ is highly unlikely to yield a better result that you could achieve yourself through critical listening.

Tip: Every track is different, so no ‘one size fits all’ solution will do. 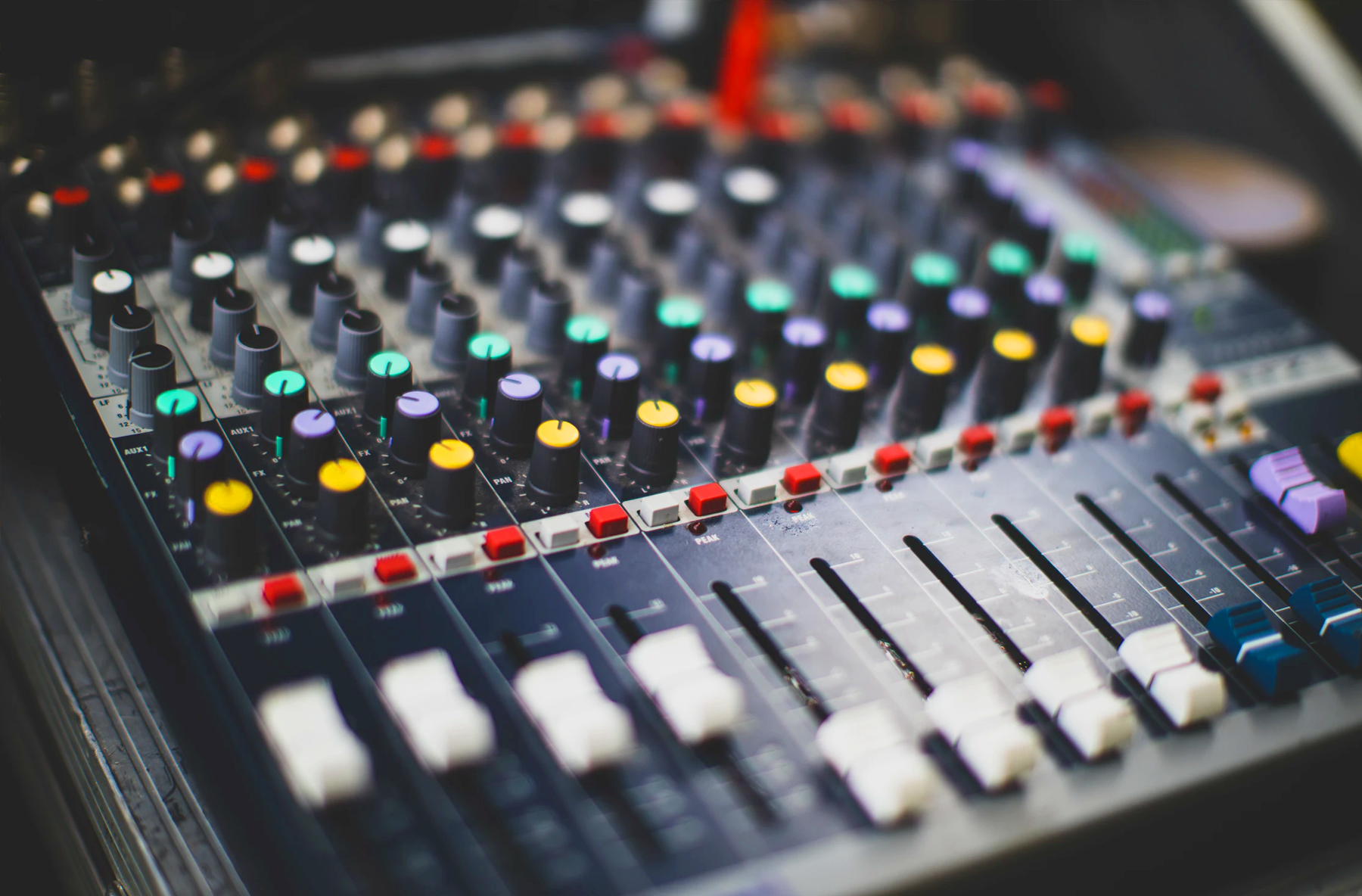 There are multiple reasons why acoustic drum recording sessions are recorded through so many microphones, one of which is that the mix engineer can have access to individual sounds at the mix stage. Think along similar lines, even if you’re working with electronic drum sources. Once your kit is programmed, duplicate the track, or bounce individual sound stems onto separate audio files, so that you can independently process each element of the kit.

Tip: No single EQ, compression or reverb treatment will suit every sound within your drum arrangement, so split them up to optimise each source at the mix stage.

When programming, we all mute entire tracks, or single regions as we refine our arrangements; it’s part and parcel of the production process. But, when you come to mix, banish the elements which you’ve muted completely. It sounds like a small point but there are two benefits. Firstly, any CPU or memory allocation your computer is devoting to running these muted parts will be freed for additional processing of the parts which do matter. Secondly, a tidy arrangement nearly always makes for a more focused mind.

Tip: Clear up your arrangement and even colour code your regions by instrument type if you like – psychologically, you’ll feel like you’re in charge.

Output channel processors designed to inflate and ‘master’ your mix are great but be careful not to introduce these too early in the mix process. It’s interesting – if you ‘mix’ a track with a Loudness Maximizer in place and then bypass it when the mix is finished, you’ll notice that the mix no longer sounds ‘right’ – the dynamic processing such a processor carries out will skew a mix’s balance so that it’s dependent on the processor to sound correct. This means if you’re printing mix stems, or removing your processor when sending your track to be professionally mastered, you might be disappointed with the results.

Tip: Mix your track properly, before even thinking about mastering. 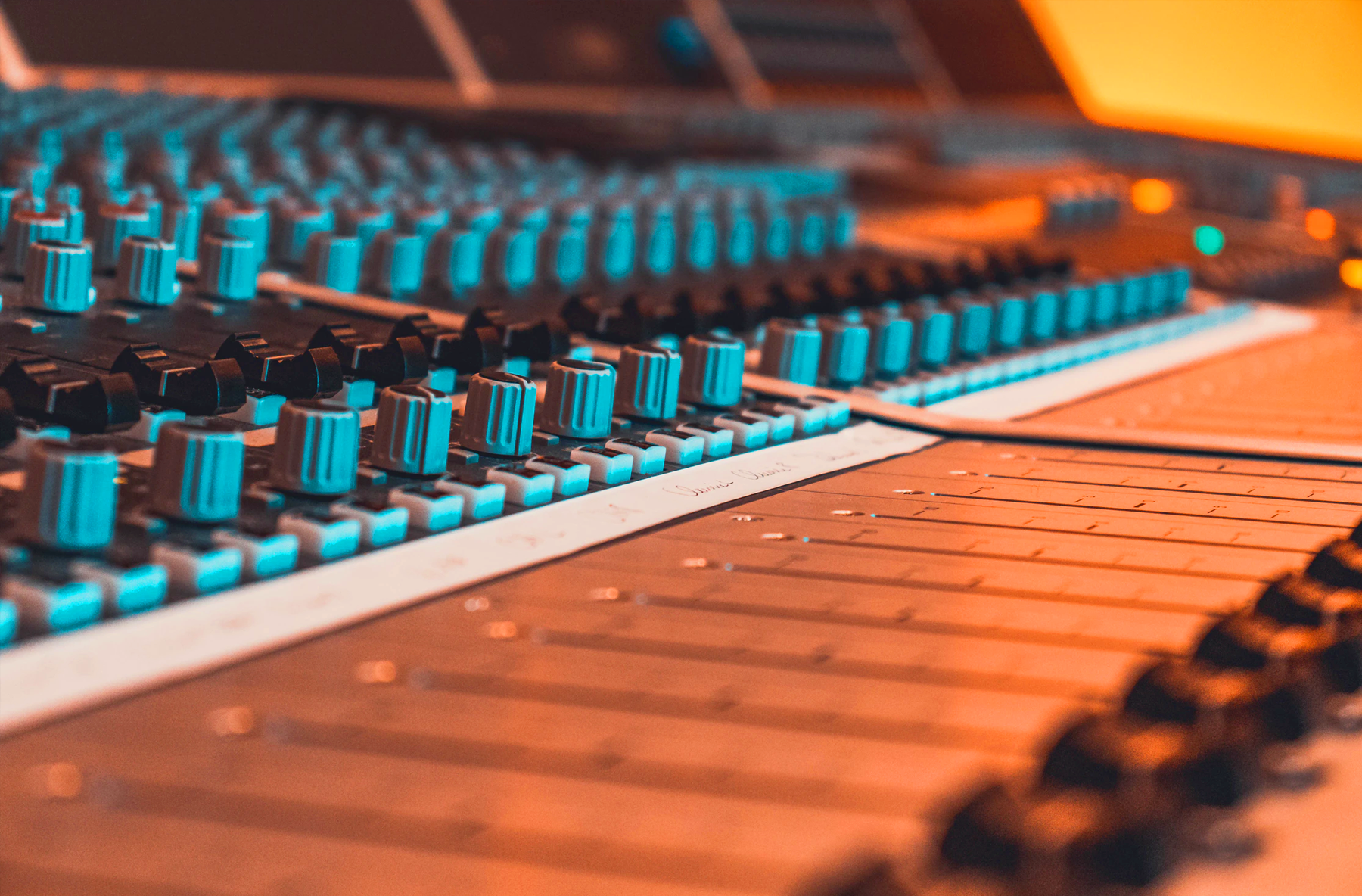 If there’s a vocal in your mix, it’ll be the element everyone latches onto. This means its volume needs to be perfect from start to finish. Everyone knows that compressors flatten dynamics but there’s no way that a compressor alone will accurately squeeze volume hard enough to ensure that every vocal phrase sounds balanced.

Tip: Volume automation will be essential and you’ll need lots of it to give the impression that the vocal is effortlessly resting on top of the mix at the right level.

If you’re interested in learning more about how VSTs work, as well as the likes of Ableton, Logic Pro and more, you can register to study with us at Point Blank both online or at one of our global locations where we offer a number of different music production courses.