If you’re a music producer, developing strong techniques for sound design is hands-down the best way to manufacture the tones and timbres you hear in your head. For pioneering sound designers like Brian Eno and Aphex Twin as well as modern masters like Diplo, Amon Tobin, and Skrillex, inventive sound design is the difference between a hit record and a flop.

Point Blank LA’s own sonic guru Christopher Fudurich is the mastermind behind the brilliant electropop duo MODERNS. He’s also produced, engineered, and mixed records for Jimmy Eat World, Britney Spears, and Pitbull and toured as live FOH sound engineer for Yes, Social Distortion, and Grouplove. We recently asked Christopher about his 5 favorite moments in sound design, and here’s what he had to say:

“I’ll go in order of the track’s original release date. Also, if you asked me this question tomorrow, I’d pick 5 completely different songs!”

If you’d like to learn more about music production and sound design, we’d highly recommend checking out our courses in Los Angeles, London and online. Plus, we’re currently offering 25% off LA courses until 28th September using the code LA25.

“Growing up, my parents had a LOT of records. So many, in fact, that as a single-digit child in the ’70s, they basically had a what seemed to me to be an entire record store floor’s worth of LPs I was able to listen to. One song that always stood out was ‘Good Vibrations’ by The Beach Boys. I was able to identify musical instruments of the time, but what was that spooky, hooky sound in the chorus?? So weird!! I must hear that again! Later in life, I discovered it was an ‘electro-theremin’ – kinda a cross between a theremin and an Ondes Martenot. Their arrangements were always fascinating to listen to, but that sound made that song.”

“Similar reaction to this song as to ‘Good Vibrations.’ What is that sound?!? I want to hear that again! This time it was a Moog modular synthesizer. At this point in life, I’m starting to figure out there’s much more than drums, bass, and guitars out there. It’s one of those parts that makes me all warm, fuzzy, and happy. The song can definitely stand on its own without that bit, but man, that just makes the track for me!”

“This record pretty much blew my tiny little mind. SYNTHESIZERS! They can make ALL THE SOUNDS! It’s a minimalistic ethereal soundscape event. Throwing this entire album on, it still holds up today even though it was recorded on an 8-track analog tape machine. All the parts are in the right place and they all compliment each other. Simple perfection. I listed the song ‘Oxygene IV’ but really, the entire album should be taken as one piece with 6 different moments.”

“Hearing NIN’s Pretty Hate Machine at the end of my teen years was a pretty cool teen angst synthesizer release and had me as a forever fan. The song ‘Closer’ came out five years later while I was working an internship at a record label in Los Angeles. KROQ was playing it every five minutes. MTV used to play these things called ‘music videos’ and it was in high rotation. Lyrically, quite a risqué piece for the time, but those sounds! Weird time-stretched pianos, haunting ambient lines that sound like drawn-out tire squeals. Jarring percussion. Every noise was a sonic treat. Play that song on a guitar and it’s boring AF, but those unique sounds made it a national hit.”

“I could truly list a ton of great moments in sound design, and it’s been super hard to stick to just these five choices. I’m listing this song, but again, the entire album Tame Impala put out called Currents is fantastic, along with Lonerism (2012) and Inner Speaker (2010). The thing with this band is the songs are solid and would stand on their own played on an acoustic guitar, but overall the sounds on this project are familiar but twisted up in a way that makes them unique. Great use of acoustic instruments with synthesizers and drum machines all processed and instantly recognizable when the song starts to play. Really great engineering, sound design, and placement. I saw them back in 2019, when we used to have live concerts, and it was the highlight of my year!”

Our expert instructors over at PBLA have a wealth of experience in the music industry. So, if you’d like to learn the art of sound design directly from Christopher Fudurich at our state-of-the-art studios, be sure to check out our LA courses.

This post is included in News, Point Blank LA, Round-ups 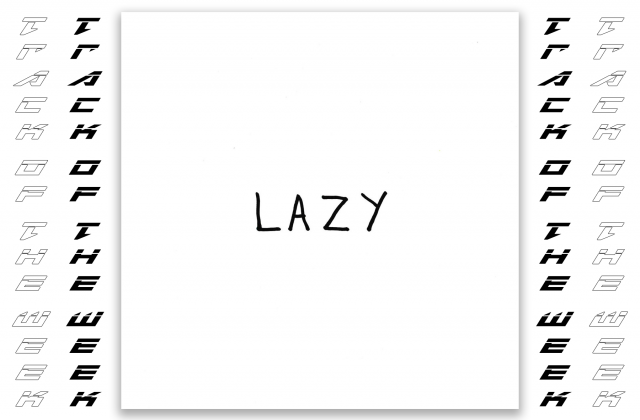