We’re back with another Behind the Scenes piece to give you more insight into the special folks we have working here at Point Blank. With this instalment, we’ve turned the microphone toward Senior Studio Assistant Ricky Vianello, who, when he’s not helping our students with whatever they need in the studio, produces and DJs as one half of Tapefeed. The duo help run a night and label called Tales Collective, which has just released their latest EP ‘Sanumá’. Their performing career is taking off as well, with sets at the world famous Tresor in Berlin, and the new club E1 in London, where they play the 27-hour opening party on NYE/NYD. If you’d like to make the most of this kind of expertise, check out some of our music production courses here in London.

Tapefeed doing what they do best

Hi Ricky, let’s start with you telling me what it is that you do here.

I’m senior studio assistant at Orsman road and I’m basically managing the studios. I help teachers, help students, give feedback to students or help them out with setting up microphones whenever they need it. Technical stuff.

Ok cool, can you tell me a bit about Tapefeed as well?

We’re a duo and I met Alessandro here in London. We started playing b2b at Radar Radio and playing out together and then we just decided to completely join forces and just be one entity.

How did you start doing it together at Radar?

We had a friend who had a show and we played as his guest a few times. The guys from the radio listened to our sets and offered us a show for a year.

Wow that’s cool, how long ago was that?

That was 2 years ago, at the beginning of our adventure.

How would you describe the music you make and play?

Are there any big influences or people that really inspired you at the beginning?

Yeah well in the genre there’s a lot of people that have inspired me, like JK Flesh, or Tommy Four Seven, Headless Horseman, all these guys who have this very technical, industrial breakbeat sound. But then music-wise I started as a drummer, ages ago. I started when I was 12 as mainly a hard-rock/metal drummer. My influences back then were people like slipknot and Korn. Then yeah i started to get into funk drumming and then production came later.

Does it always start with percussion then?

So is the Tales Collective release the first one you’ve had out?

No we had a release out, our first, a year and a half ago, with Blackwater. But that was an experiment. The first true release I would say was the vinyl release with Metempsychosis back in September. Then the tales Collective one, Sanumá is our first release on our label.

So how did you get involved with the guys at Metempsychosis?

They’re friends of ours. They are DJs and producers as well and their label started with a focus on both Techno and the dancefloor as well as the more experimental side. If you listen Dawn of the Eclipse, it’s a cinematic, tribal sort of thing.

And with Tales Collective, did that start as a night?

Yeah it started as a night where we wanted to associate music with visuals and art. When we did our first small raves, we would have a dancefloor in one room and then artists exhibiting their works in the next, so sculptures and paintings, visuals and projections.

They’ve been at Bloc mostly?

Yeah that’s been our main spot. It’s quite hard to fill though – It’s big and its in the middle of nowhere.

Going back to Sanumá release, what went into making it?

So for the drums, I used Elektron Analog Rhythm and sample single sounds of taiko drums from some Japanese records and replayed them with Ableton’s sampler, and then I used Nord Lead 3.O-coast make noise and the MS20.

Do you ever sample your own drumming?

I haven’t really. I like to sample the records I love, from Japanese tribal records or metal records and re-use them in a techno key.

So that’s the set up that you would normally use?

Yeah, except with Dawn of the Eclipse, we developed a concept where we sampled all our drums from Japanese records, all those huge drums. We built the whole concept of the EP on those sounds. So everything spins around those drum sounds. We also tried to tell the story of Ameterasu and Susanoo, these two Japanese gods whose story inspired us.

Was it the story that you started with then, and you went on to look for a way to tell it?

No we started with the drum sounds and we made the first track, a more downtempo cinematic one. After we did that we got more into Japanese culture and we found out about this legend. Susanoo is the god of the storm and Amaterasu is the goddess of the sun. There’s this myth about them that we love so we named the tracks after them.

So is that a one-off or is having a concept of storytelling like that something that you want to explore more often?

We would like to but not yet. If you listen to that EP, it’s quite unique even in our sound. You can hear its us, but it’s different too as we used those sounds. But we’re trying to find a way to keep everything live, so the Tales release is more dancefloor oriented, easier to listen to and to play for a crowd. The next releases are in that vein, not standard, but easier to play.

So your interested in being able to play it out live.

Going back to your work at Point Blank. How would you say your work here compliments your work as a musician?

Yeah well especially among my colleagues we share a lot of ideas and points of view. I learn about so much music. you’re constantly in touch with different artists that you discover through your colleagues. I have discovered so many artists and sounds that way. Through students as well, helping them out and listening to what they do, exchanging opinions about music, its really cool. I’m very luck to have that opportunity every day.

There’s also having the opportunity to record drums sometimes for lessons. For example I recorded drums for the advanced recording and mixing class recently that was pretty cool. We recorded an Amy Winehouse track which I played drums on.

So I wanted to ask you about DJing. You get asked to play a lot of warm-up sets but at least some of your music is quite tear-out, even if it is deep. How do you approach warm-up sets and strike the balance between what needs to be done with a warm-up and some of the harder tracks you might want to play.

Well I actually love playing warm-up sets. In a way they give you a lot of freedom of expression. You can start a full journey, starting really slow in the ambient and experimental and bringing it up from 80-90 bpm, introducing the night the right way. I think its a good responsibility to do it well, it’s really important. We also play a few experimental sets: we’ve done four so far including one on Friday at Red Gallery. We always feed in the tribal drums because that’s kind of our thing, but we play very slow and smooth.

Does it depend on who’s coming after you with a warm-up?

Yeah a lot. Not so much with the experimental nights that are more like a gig. But yeah with club nights.

You guys are playing Tresor soon. Can you tell me about that?

Yeah that’s Tresor New Faces. They called up the Mentampsychosis label basically for a showcase and we made the first thing they put out on vinyl, so it’s us, Flaminia and End Train. End Train run the label. I can’t wait.

Have you played in Berlin before?

Yeah we played at about_blank in the summer. We played outside it was great. 6-8 in the evening, it was so fun. That set is on Soundcloud actually if you want to check it out.

What would you say your favourite gig that you’ve played so far is?

I think the about_blank one, because it was our first time in Berlin, and it’s a good challenge. If you’re good it’s fine, but people know their stuff so if you’re not good people will let you know. It was really nice to see loads of people staying on the dancefloor for the entire time. Playing was amazing too and we got such good feedback. It’s a special atmpsphere and I think our sound fits in Berlin as well.

To round us up, what have you got coming up?

We’ve got Tresor, then we play in Verona on the 23rd at Shame with VSK and then we play the new E1 club at studio spaces for NYE.

And releases as well?

Yeah we’re planning a VA release for Tales Collective and we’ve got another record upcoming with Parachute for the new year.

If you’d like to learn in an environment where its not just the instructors who are experts in their field, where you can help and advice from people like Ricky, then look no further than Point Blank London. We’ve got a range of production courses, including our fully accredited BA (Hons) in Music Production and Sound Engineering. We also offer courses in Singing and Songwriting where you can make the most of our fantastic studio facilities, Radio and much more. If you’d like to talk to a course advisor, don’t hesitate to call us on 020 7729 4884 or send us an email via our contact form. 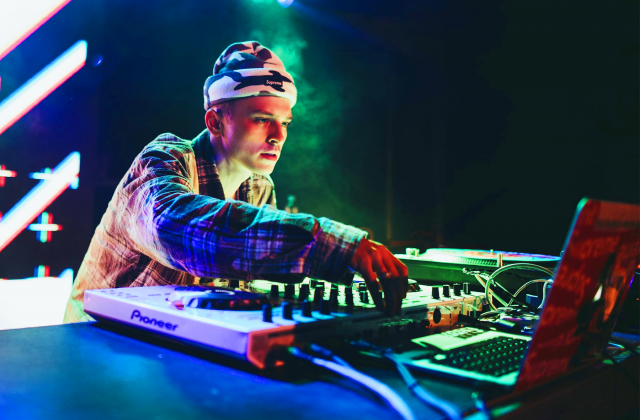 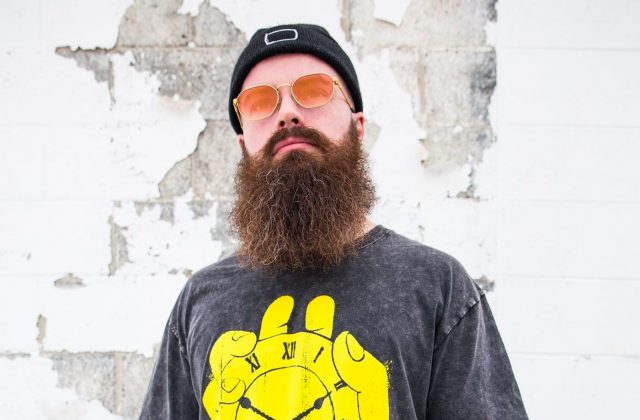