You may be aware that this week is Mental Health Awareness week. These issues affect people in all walks of life but, in the last few years in particular, it has become a prominent topic in the world of music. A recent study commissioned by Help Musicians UK revealed that 71% of working musicians that took part in the survey stated they had experienced anxiety and/or panic attacks, while 68% reported that they had experienced depression. These are disproportionately high numbers and there is a growing consensus that the particular stresses and demands of being a working musician are contributing factors.

As such, we feel that is our duty to try and help raise awareness of the problems that can befall people in the music industry. One person very close to the school who has dealt with acute mental health issues is Saytek, and he very graciously agreed to talk with us about his history of mental ill-health in the hope that it may be of help to anyone who may need it. Saytek found success as a musician early, releasing some successful records as young as 21. But, during the same period, he was dealing with severe mental health problems, which just goes to show everyone can be susceptible. These days his touring schedule is as busy as its ever been, with upcoming gigs across Europe in Berlin, Frankfurt and Copenhagen; he has an album of live jams coming up and a remix of Carl Cox and Christopher Coe on its way and he lives a settled, family life. With any luck, the following brave, frank and open interview can offer some hope to anyone who may need it.

Hi Saytek. Thanks for agreeing to talk with us about this quite sensitive subject. You’ve been quite vocal about your own wrestles with mental health in the past, but could you maybe explain your story for us?

So, the first thing that needs to be mentioned is that I have high functioning autism, which is Aspergers. That wasn’t diagnosed until later in life. I was diagnosed with dyslexia and dyspraxia and stuff as well as a child but, from my teenage years onwards, life was pretty hard for me. I was bright, but I couldn’t function like other people. I had a lot of social anxiety and it made being in the world really hard.

I’m going to be honest with you because I think every aspect needs to be discussed – drugs also played a big part. I started self-medicating as a young teenager and that spiralled out of control through my life. My drug addiction made my mental health a lot worse. I had severe depression but I wasn’t diagnosed for a very long time, so I was living with it undiagnosed and I also had severe anxiety and anxiety disorders – full-blown OCD at one point.

So yeah, my life was pretty rough and taking drugs made the problems much worse. It gave me temporary relief but they were very counterproductive. It was very dark and I hated myself for a few years.

That must have been incredibly tough. During that time were you making music?

I was. I always had this ambition to make music but I was my own worst enemy. I had a few pretty successful records when I was pretty young, around 21 I think. I was doing live stuff and my job back then was working as a sound and lighting engineer in the top clubs as well. But for the last couple of years, and throughout the time I was using drugs, it kind of crippled me. I couldn’t actually make music for many years, as I was either out of my head or so depressed that all I could do was lie down. It wasn’t until I went and asked for help and admitted that I had a problem… I got engaged with a 12 step programme and I still engage in that, and I still have a support network. I also went for help through the NHS: I did a lot of CBT, talking therapy, learning to meditate and that kind of thing. People say it’s like peeling an onion, you have to peel off all the layers to get to the root of the problem.

So I was diagnosed with Aspergers and ADHD as soon as I was clean. That was a massive weight off my shoulders. It explained why I was different and why I found some things really difficult – socialising etc. – and also why I’m really good at other things. It kind of gave me an understanding of why I was different. People say they don’t like labels but for me, it was like: ‘oh that explains why I was like that, why I struggled in group conversations or people were always talking over me, why I’m so obsessed with certain things as well’. All this different stuff was just like a picture of me. It was a massive relief but it was just the beginning.

That was 9 and a half years ago and I’ve been completely clean and sober with total abstinence from drugs and alcohol since. Things didn’t get easier straight away – they initially got harder because I didn’t have anything to medicate me anymore , but I stuck at it and took everything the NHS could give me. I did ten-week courses in all sorts of stuff. I dedicate a good couple of years in my life on working on myself and dealing with the problems.

I’m glad you did. You obviously do a lot of live shows and gigs, have you found that environment tricky for you be in?

Not anymore, because I’m clean. Back in those days I was gigging at illegal parties and working at clubs and in the nighttime industry you could be an addict and it was acceptable. Addicts sometimes hide in those industries because it gives them a cover. If you were doing a regular day job you wouldn’t get away with doing drugs at work. In the nighttime industries, it’s not so clear-cut.

But yeah, music and the nighttime industry weren’t the cause of the problem but they gave me a place where I was accepted whilst having those problems.

So more recently you haven’t found them to be difficult places to be in?

No, not at all. It was at first, people I knew would offer me drugs and expect me to take them without asking, but I know people who have given up their music, especially in electronic music, because they couldn’t get clean in the industry. But I was very determined and music was so important to me that it was a choice between the music and the drugs, and I chose the music. The programme and the support network were instrumental and I was determined to get clean and did everything I could to get and stay clean. I still do – once you’re an addict, you always are. I’ll never be able to have just one glass of wine because of the way that I handle things.

Do you think that clubs or promoters, and the industry on the whole, could be doing more with regard to protecting the people that ultimately drive their whole economy?

Well, I think it needs to be talked about more. That’s the thing. The problem is that people who are using drugs don’t want anyone else to get clean. So, maybe it should be the responsibility for the industry to at least raise some awareness of these kinds of issues. Maybe get some outreach teams who deal with addiction to come in and support in some way. Maybe clubland should be a little more open to that, so someone can contact help in confidence if they are experiencing problems. Getting clean among addicts is something that is laughed at sometimes, they want company to justify their lifestyle. 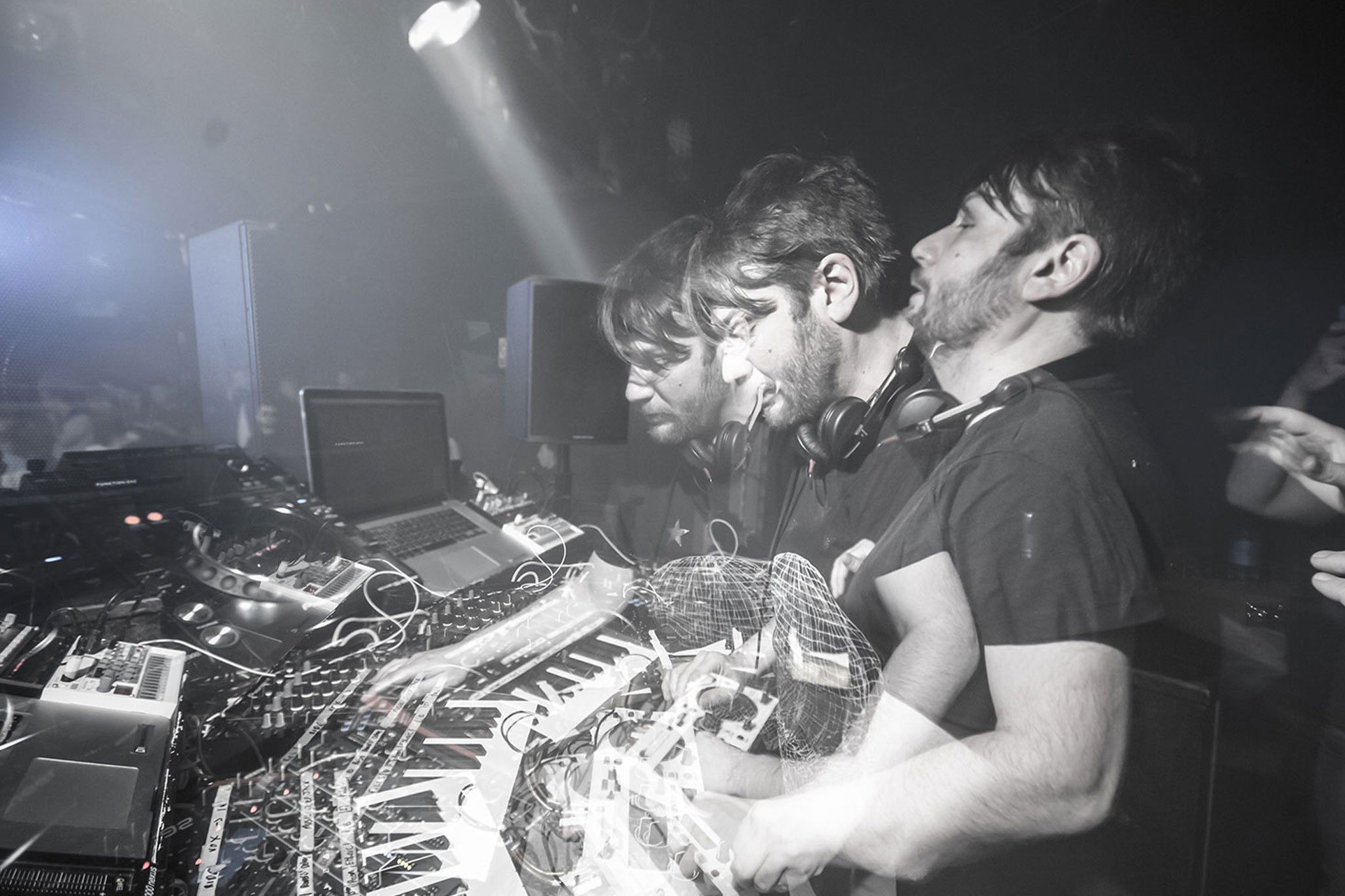 That sounds like a good idea. With regards to mental ill-health more generally, do you have any pieces of advice that you were either given or have learned over the years that might help others who are perhaps struggling?

I think the first thing you need to do is ask for help. That is the most important thing that anyone can do – ask for and get professional help. You also need to be prepared to work at it. For me it’s a bit of a journey – you won’t get better the next day and sometimes you have to push. People are keen to give out anti-depressants – there’s nothing wrong with anti-depressants, they work and they are part of the solution, but if you want to get to the bottom of it you have to work hard at getting better and understand that things can get worse before they get better.

My conditions are different from other people though – there is a massive spectrum of mental health issues and I want to stress that what I have discussed is my experience, and there is no one correct way to do this.

Thanks so much for your time. Good luck with the gigs this weekend.

As well as being an international touring live performer and world-renowned producer, Saytek is an instructor at Point Blank, teaching music production. You can find out more about our production courses here and please feel free to get in touch if you have any questions.

We take mental health very seriously here at Point Blank and strive to make our school as accessible and safe for as many people as possible, whatever their needs. Find out the specifics of our student support services here.
If you’re feeling anxious or low, talk to someone. Some useful resources include: Mind and Help Musicians UK
You can also call The Samaritans, free, 24/7 on this number: 116 123