Stimming’s fourth album Alpe Lusia saw him retreat to a remote hut in the Italian Alps. Not the usual roadmap for an electronic LP, but one Stimming found necessary in order to appreciate his gear and equipment again – to create an “artificial under-stimulation”. Known for his field recordings and creative sampling, Alpe Lusia plays to his strengths, welding his classical training and sound manipulation with a driving club aesthetic. It’s an arresting album, constantly evolving and shifting but never abandoning its musical core.

We grabbed Stimming to find out more about how the album was made, including his thoughts on technology, Ableton and the kit that went into the record. If you want to learn more Ableton Live techniques covering sound design, composition, mastering and a lot more, our Music Production Master Diploma course is for you. You can catch Stimming at this year’s IMS Back2Live on Thursday May 26th – find out more about the free event here.

You went back to basics technically with the album Alpe Lusia, why did you want to get away from computers when making music?

“I didn’t really get ‘away’ from making music with computers because it’s simply not possible, not completely. But I tried to hide it as much as possible: One thing I did last year was use the Wacom pen display instead of the mouse and keyboard, so I’m using Cubase with a pen and a 13-inch disk. Much more importantly, I’m playing live without a computer. That was my big aim, to get to the point where I’m able to play live, without having an Apple logo and standardised machine on the stage. Instead I wanted something specific for making music, so I’m very happy that I’ve succeeded.”

The combination of electronic and organic sounds on the album is effortless. How difficult was it from a mixing perspective to get real world and synthesised sounds to sit together?

“To be honest, it’s not that difficult because with an equalizer it’s simple to transform and fit frequencies together. It’s a matter of frequency-composition basically. I mainly used Cubase, with my Wacom pen display, two Kush Audio Tweakers, one Bricasti M7 reverb, an [API] Lunchbox with six preamps and two stereo EQs, Elektron Rytm, Octatrack and a Cwejman S1 synth – that was my go-to equipment.”

The sound design is really interesting on the album, how did you make many of the glitched and evolving sounds?

“Good question! The plugins I used a lot for this kind of glitch is mainly GRM Tools, it’s a brand from INA – the French Institute for Scientific Approach of Audio. They have a bunch of plugins that are really good for sound design.”

Stimming performing on the 4DSound system in 2014

“I can’t really separate all these different processes because in the end, it’s all one – the technical and the creative part of it. I feel the important part of making a track is to recognise the point where you have to listen to what the track wants. This point comes in around 40 – 50% of the whole process, where it’s not so much about what you want with the track anymore, but what the track wants you to do with it. To figure out this change of perspective is the only way to successfully finish a track. Of course it’s intuition, but at a certain point the music is the boss. And you always recognise it when you want to finish a very fancy idea for example and it doesn’t work. You build the arrangement and it doesn’t work, you try something else and it doesn’t work. If you just listen to what the track wants, it’s much easier.”

How has making this album changed how you approach playing live?

“Before I decided to make another album, I also decided to change my live set drastically because I was bored playing an Ableton set. So I tried to think about my live set during the production but in the end it was much more separate than I thought. I had two goals: finish the album and play a completely new live set without a computer, rework everything.”

What were your go-to bits of kit and plugins while mixing the album?

What’s your advice for anyone looking to blend film recording and more organic tones with electronic elements?

“Maybe try to imagine beforehand what could fit together frequency wise, there’s a good chance that things don’t work together when they share the same frequency. A good combination of a tone is maybe like a perfume; it has different stages or different levels. If you think of a sound as a combination of something airy, something woody, then you can choose, where the wood comes from something recorded or maybe something artificial.” 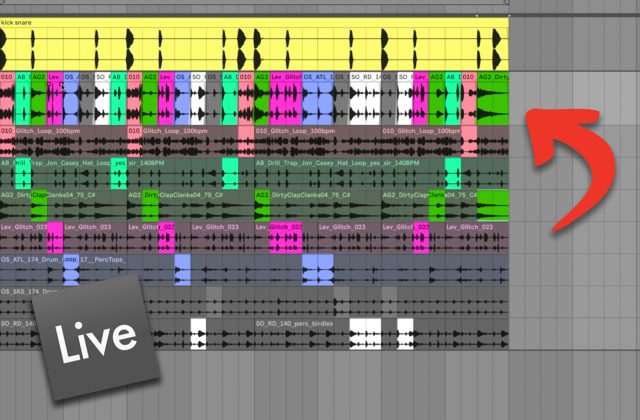