Each month, we catch up with Point Blank students and alumni to showcase their successes since studying with us, giving you an insight into how music industry careers are established and nurtured right here at Point Blank. This month we’ve decided to do our student success blog a little differently, as all of the successful students and alumni we approached wrote back with considered and reflective answers to our questions. Read on for full interviews with each of our three success stories compiled for February and don’t forget to check out our London, Los Angeles, Ibiza, Mumbai and Online course pages to begin your own journey in the music industry.

London Haarlem studied DJing with us back in 2015, and is now a DJ, producer and also works at house music institution Defected. She has played all over the world and graced dancefloors as big as the Ministry of Sound in London. We caught up with her to see how things are going.

How much previous experience with music had you had when you studied with us?

I already had a bit of experience in song-writing and production, having been in a band a few years ago, plus I studied violin and guitar when I was growing up. I got my first pair of vinyl decks when I was 15 but didn’t really learn properly or start playing professionally until a couple of years ago.

Are there any things you learned with us that really stick in the memory?

Ben was my DJ tutor and he was amazing! I remember he did a session on trouble shooting, when something’s not working properly or the sound cuts out or there’s no level etc. That session has saved my DJ set quite a few times since haha

Can you tell me a bit about what you do as a DJ?

I play house music! I‘ve always loved house music – how deep or heavy I go depends on the crowd. But always house.

Any gigs that particularly stand out in the memory?

I recently supported Shapeshifters, which was such an honour. Simon Marlin is a legend!

Tell me about your role at Defected – how did you end up working there and what do you do?

I started at Defected as an intern nearly 2 years ago. I already had a bit of music industry experience before joining the team, but I’ve learnt so much about the dance/house music industry since working here. I feel lucky to be part of such a hardworking team that also run incredible house events all over the world and release some of my favourite tracks.

What’s been your favourite experience at the label?

Defected Croatia, our annual festival, is by far the highlight. It’s hard to explain but imagine a paradise beach setting with all your favourite DJ’s playing for you and partying with you.

Would you recommend us to a friend? If so, why?

100%. Point Blank gave me the opportunity to learn from tutors that also happen to be professional DJ’s themselves. I got to ask questions without being judged and picked up some good tips and tricks.

Tom Capaldi studied with us just last summer, augmenting his own bedroom experience in production and completing his first disco track with the guidance of instructor Ben Medcalf. He later teamed up with Daniel-San and they were eventually signed to Midnight Riot for a release earlier this year. Tom also has an impressive history as a dnb and garage DJ, supporting the likes of DJ EZ and DJ Marky.

Hey Tom, could you start by telling me how you discovered Point Blank?

I first heard of you guys a couple of years ago when I was just looking for production tutorials online. I found the Point Blank ones were always really informative and cut straight to the point so I thought I’d give one of your online courses a crack when I had some time off last summer.

How much previous experience with making music had you had when you studied with us?

Very little – I think I only had one track under my belt at the time. I’d been playing around with Logic since I was at school but never really had the motivation until I moved to Edinburgh for uni. I was DJing a lot of garage and DnB nights there and really wanted to be able to drop one of my own tracks one day so I guess that pushed me to take up production properly. It’s also where I met Dan and Ellie who make up the trio we are now.

Are there any things you learned with us that really stick in the memory?

I just remember each week feeling more and more confident when mixing because everything was starting to make sense. Before I had zero knowledge of the basics like how and when to use compression or EQ and then being able to apply them to my own tracks with the help of my tutor Ben Medcalf over Skype was really rewarding for me.

Nothing Sweet is out on Midnight Riot – how did you come to be signed by them?

That’s actually all thanks to Dan, the guitarist. As soon as we put the track out at the end of January he sent it to loads of blogs and labels just to gain a bit of exposure or feedback. Andy Williams, who runs MR, got back asking if we were looking for a release and even wanted to do an edit of the B-side, Easy Livin’, under his alias Yam Who? – we thought it was a joke at first until the contract came through soon after!

What went into the making of the EP?

Both tracks started with Dan who sent me demos he’d made on his iPad then gave them to Ellie once we’d worked on them a bit. We then recorded the EP in my flat in London using pretty basic kit – the guitar was just recorded through a Scarlett 2i2 and the vocals with an SM57 mic, then processed and mixed all on Logic. I also used MODO Bass (unreal plugin) for the basslines and Addictive Keys for the Rhodes sound before getting them mastered by my mate Cosmo (aka Talkre) – another PB student!

2018 has started out really well for you – here’s hoping the momentum keeps rolling! With that in mind, what have you got in the pipeline?

Cheers it’s been a mad couple of months! At the moment I’m finishing up a disco remix of Let Me Wilt by Marie Naffah, an incredible vocalist who won MTV Unsigned Artist of the Year a few years back, along with a house remix of my first track, Civilian Liaison. After that we’re aiming to get another EP out with MR this summer, then might round off the year with a Christmas disco single, though not making any promises there..

As a founding member of the Puppini sisters, Marcella has performed in every corner of the globe, marrying tight vocal harmonies with burlesque in a critically acclaimed show. Not one to rest on her laurels, Marcella has been pushing herself to learn as many tricks musically and studies with us online. Beyond the group, she has also worked with the likes of Paloma Faith and R.A The Rugged Man.

Could you tell me how you discovered Point Blank?

I have known of Point Blank for quite some time, and I had been following the blog for a while before I took my first class. I’m now completely addicted to your courses!!

How much previous experience with making music had you had when you studied with us?

I have a Music degree from Trinity Laban, and I have been touring and recording albums since 2006. I have also worked as an arranger and MD on several big Burlesque and Variety productions over the years. However, my experience as a DJ and producer was still very limited when I started studying with you.
I don’t think I’ll ever stop studying with you! I’m a fan. I just wish I could do more courses in person, as they’re my favourite, but I have too many projects to juggle right now.

You had a few projects going on when we heard from you last, can you tell me a bit about what’s been happening with The Puppini Sisters?

Right now we’re preparing to crowdfund our 6th album. It’s the second we’re going to release under our own record label, as the first four were all released with Universal.
It’s quite an adventure, crowdfunding, and I am learning so much about what happens behind the scenes, it’s quite amazing.
I am also writing with and producing a brilliant young rapper and singer called Tamina, and I’m being a “Svengali” to a girl group called NU4, who I predict are going to be huge.

You had the release with R.A. The Rugged man too, how was that project? Any more collabs in the pipeline your excited about?

Working with R.A. is an absolute joy. We come from very different music backgrounds (even though I have always been into hip hop), and yet we fit perfectly.
We loved it so much that we’re now making an album together as a three-way collaboration with Hugues Payen from Caravan Palace. What we have so far sounds amazing!!

Why would you recommend us to a friend?

Because the style of teaching at Point Blank is clear, concise, precise but also creative. The teachers are all incredible artists themselves, and the lessons are always inspiring.
I am learning so much, and I am constantly challenged. For a predominantly acoustic musician like myself, with a great love for electronic music but not a lot of experience, this is heaven.

Thank you so much, Marcella, and good luck!

Successes such as these are not uncommon among our students and alumni, and the common denominator is Point Blank. We can teach you how to DJ like the best of them at any of our schools. If you’d like to learn how to produce, then we can build your skills from the ground up. Our most comprehensive course, our BA (Hons) in Music Production and Sound Engineering is accredited by Middlesex University, as is our online alternative. For more information contact us via our contact page. 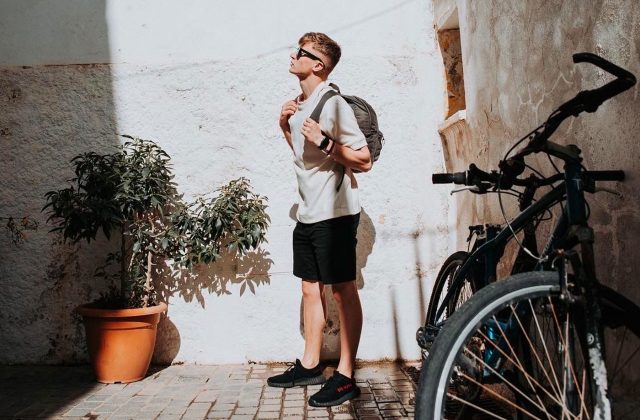 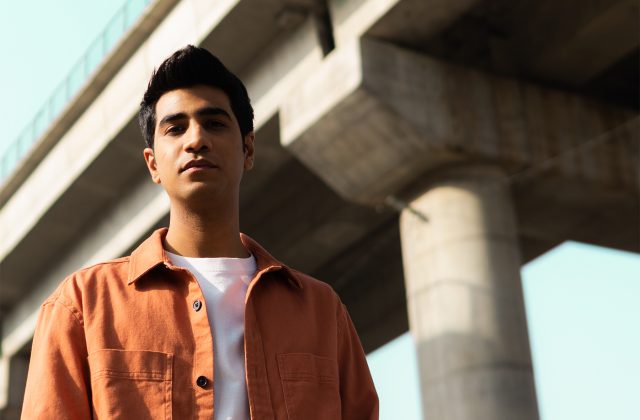