Organized with King Britt, Blacktronika: Now Is The Time Festival is a day-long festival exploring the many sides of electronic music with eight of the most fearless innovators. The festival brings together the layered club experimentation of Moor Mother and DJ Haram’s 700Bliss; the colorful sonics of Suzi Analogue; the Caribbean-influenced multi-instrumentalism of Xenia Rubinos; the melodic modular magic of Colloboh; the warm sub-tonics of JWords; the time traveling rhythmatists, Tyshawn Sorey and King Britt; future ancient sound warriors Chimurenga Renaissance; and the debut of UC San Diego’s multicultural supergroup, 5hz. The festival is taking place at UC San Diego’s Epstein Family Amphitheater on October 29 from 12 pm-7 pm, as well as at The Geffen Contemporary at MOCA on October 30 from 2 pm-9 pm. 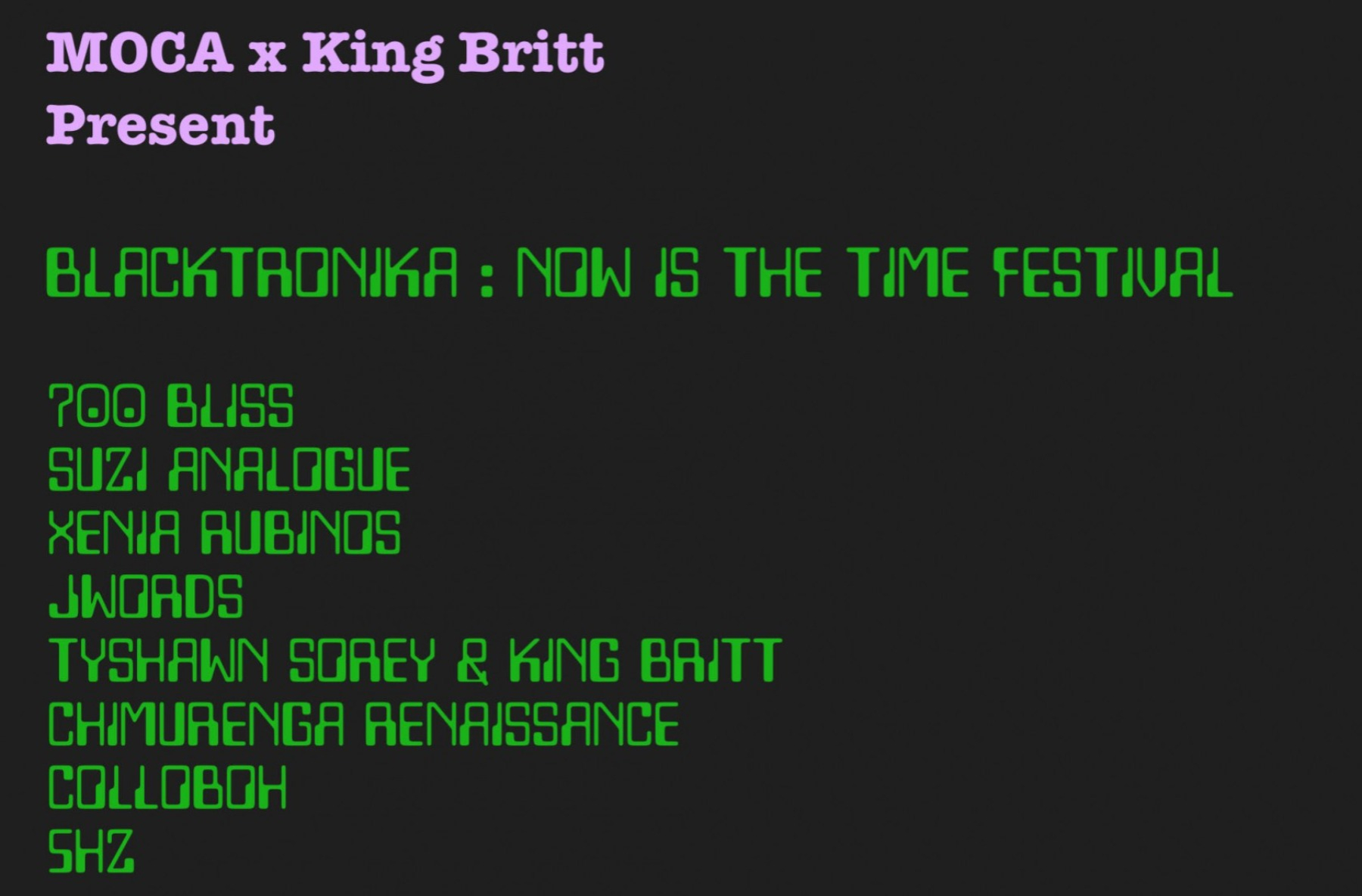 Philadelphia-born King James Britt, is a 30+ year producer, composer and performer in the global advancement of electronic music. As a composer and producer, his practice has led to collaborations with the likes of De La Soul, Madlib, Kathy Sledge, director Michael Mann (Miami Vice), and many others, as well as being called for remixes from an eclectic list of giants, including, Miles Davis, Solange all the way to Calvin Harris and Dua Lipa. Most recently collaborating with MacArthur Fellow recipient, Tyshawn Sorey for their recently released album project. In his role as a performer, he has traveled globally playing thousands of venues and festivals, including AfroPunk (NYC), Berghain (Berlin), MoogFest (Durham), Le Guess Who Festival (Utrecht), and Public Records (NYC). King was also the original DJ for the Grammy Award-winning Digable Planets. His curatorial work has been seen in many collaborations with the likes of MoMA PS1, Philadelphia Museum of Art, and most recently Carnegie Hall. 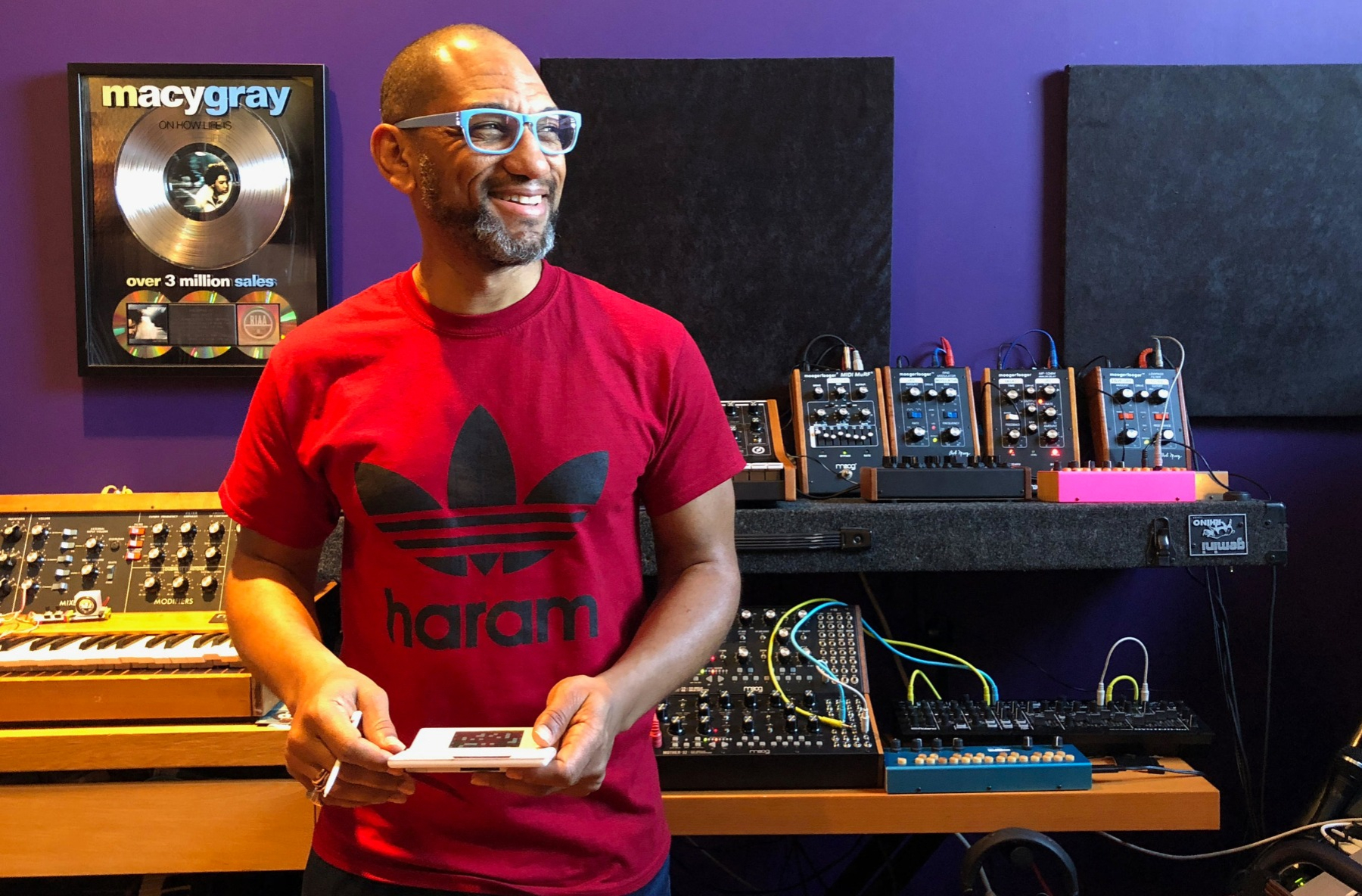 Performing at Blacktronika, 5Hz is a collective of UC San Diego-based sound artisans that seeks to negotiate aspects of groove, experimentalism, and the use of electronics and effects processing in improvised music. This collective, which consists of Kathryn Schulmeister on Bass / Vocals, David Aguila on Trumpet / Electronics, Pablo Dodero on Electronics, Johnny Stallings on Keyboard / Electronics, and Kevin Green on drums, draws on a wide range of professional musical experiences in order to funnel their ideas through the lens of King Britts’ Blacktronika concept. The result is a journey in sound, space and exploration fit for both the mover and the listener. 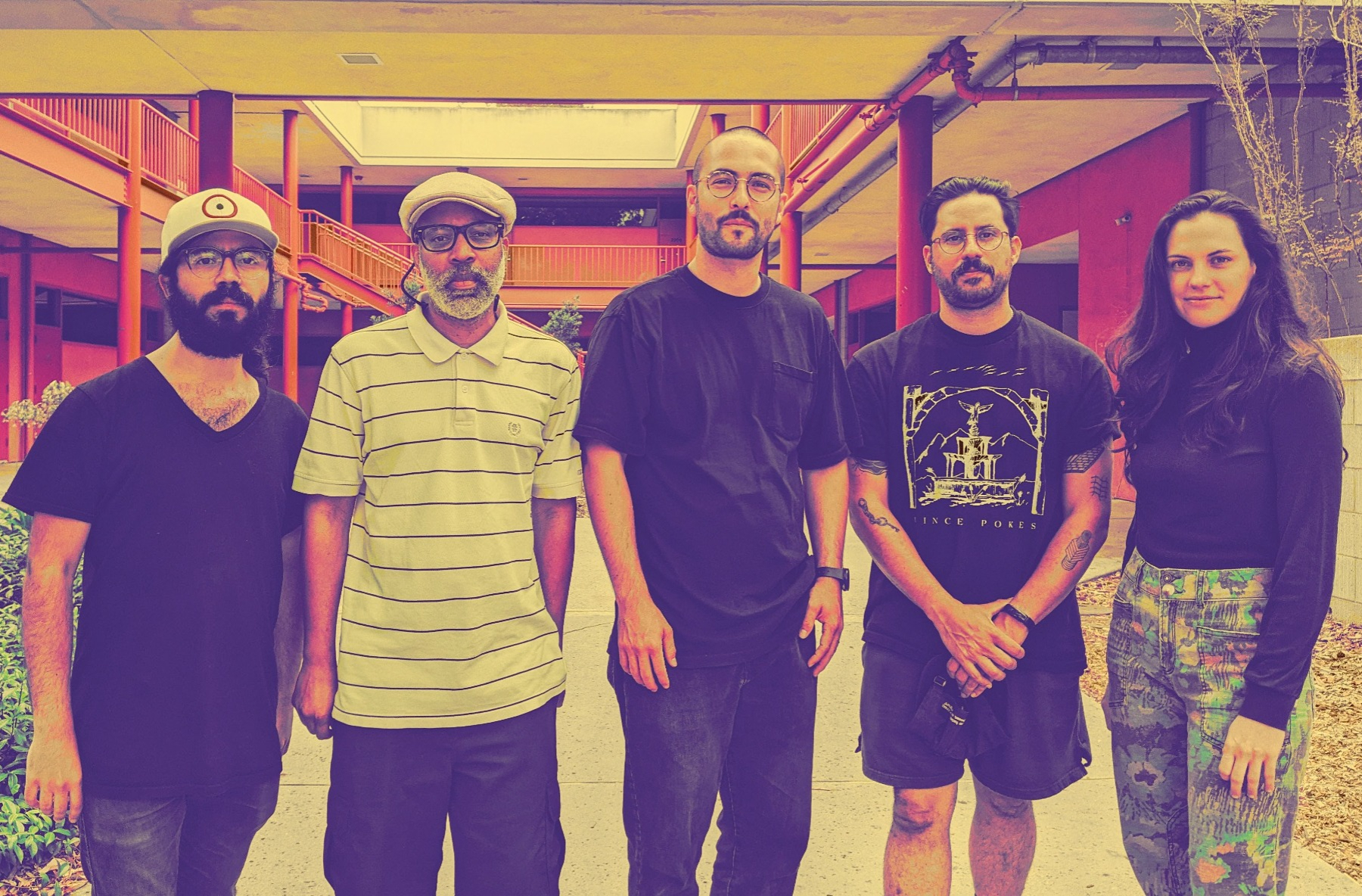 Point Blank LA Audio Mastering instructor, David Aguila, is a member of the group 5Hz. In David’s Audio Mastering course, learn to develop, train, and attune your ears to powerful effects including EQ, multi-band compression, soft & brickwall limiting, mid/side processing, and more. Learn to master your own EP using software such as Izotope, Waves, Brainworx, and T-Racks, and obtain the invaluable skills required to polish up your tracks to a professional standard and help them stand out from the crowd, ready to release. If you’d like to study Audio Mastering with David, or any other courses at Point Blank LA, sign up here.

If you’re interested in exploring the many sides of electronic music and watching highly diverse and cultural artists, attend the Blacktronika festival on October 29 and October 30.