Distortion is often a confusing term. Because it has negative connotations like clipping and digital distortion, it’s often thought of either as a negative aspect of a mix, or something that can only be used to the extreme. The reality is that distortion is one of the most flexible tools for producers. It can generate harmonics – giving life to a dull sound and helping it cut through the mix – or can be used as a substitute for compression, giving you more control over the colour of a sound. Of course, it can completely destroy a track, if that’s what you want.

We compiled ten ways to use distortion in creative and interesting ways to enhance your mix and help you craft a unique sound. Read them below and add your suggestions in the comments! If you want to know more about mixing and using other production methods to enhance your tracks, find out more about our mixing and mastering courses here. 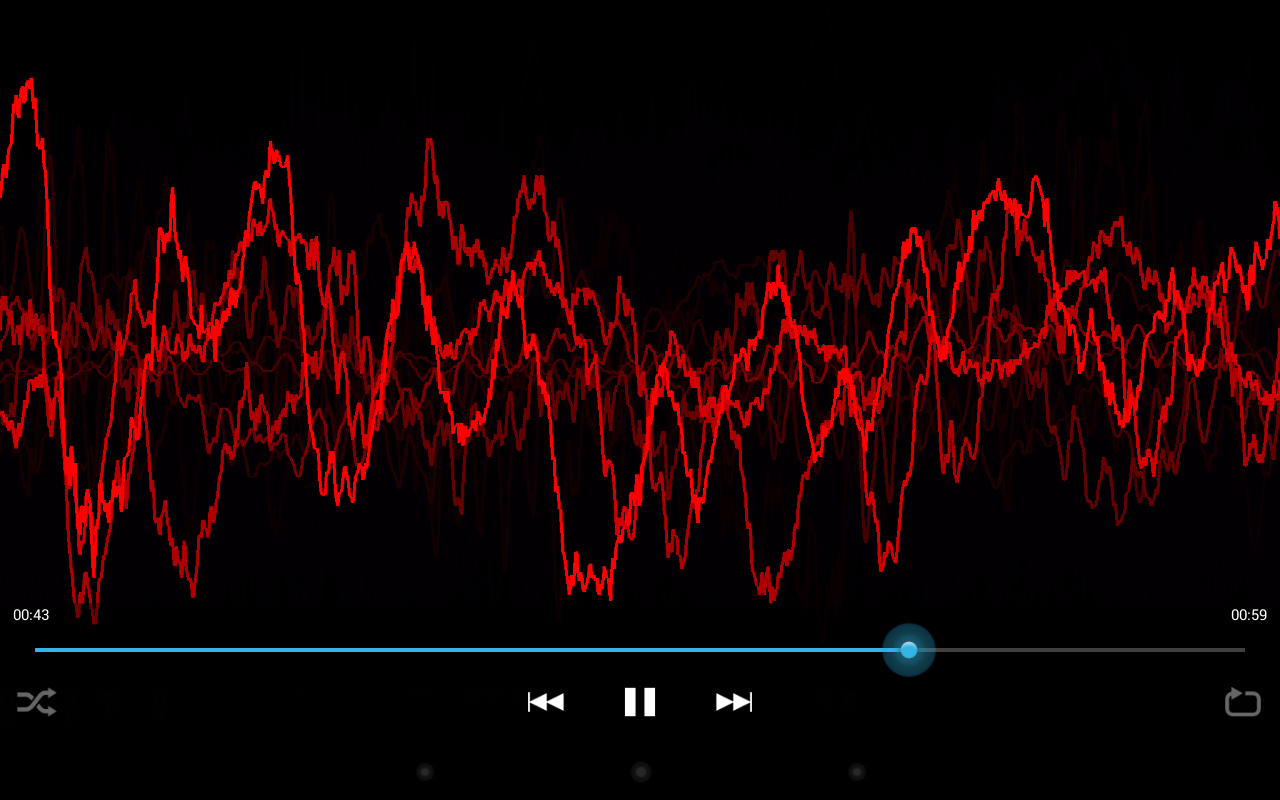 For a long time, it felt as though guitarists were the sole ‘owners’ of distortion effects. We all know that electric guitars are nothing without the form of amplification they use to bring their sound to life, but this is to overlook what distortion effects actually do. Whilst specific treatments vary, distortion tends to provide a combination of waveform compression whilst dramatically expanding the harmonics of an input signal, adding extra detail, warmth, bite and aggression. If you’ve tried using top-end EQ boost or an Exciter on a synth lead or pad and you’re still not getting a sound to cut through, try inserting distortion into the signal chain. Experiment with Drive, Tone and Gain controls and your sound may come to life.

Using parallel Distortion to expand the frequency range of baselines

Sub-bass sounds comprised of little more than a sine wave can add a majestic depth to mixes but they do regularly suffer from feeling detached from a mix. As these sounds offer a limited harmonic finger-print, the ‘gap’ up to other elements of your mix can often feel too big. One way to address this is to set up a parallel distortion treatment for your sub-bass. Send the sound to a new Auxiliary bus and set up Distortion; by pushing Drive and tweaking Tone, you’ll hear that the bass triggers new harmonics at higher frequencies. Gently blend this bus with the sub and the original part will feel much less detached.

Recreate the early days of digital with Bitcrushing

Just as producers are attracted by the analogue distortion treatments and tape saturation qualities of the 60s and 70s, it’s no surprise that if you’re drawn to pioneering early digital productions, Bitcrushers will have caught your ear. These days, with sample frequencies of 192kHz and resolutions of 24-bit both commonplace, it’s easy to forget that early digital systems couldn’t boast comparable numbers. Whether you like the 8-bit effects of the SID chip, or the 12-bit resolution of drums generated by Akai’s pioneering early samplers, if you want to down-sample the resolution of your audio, Bitcrushers can provide. Used as Insert effects or via Auxiliaries, Bitcrushers bring power and characterful aliasing artefacts.

How to give power to a soft singer

Sometimes, our tracks need singers whose volume and tone are naturally gentle, offering an ear-catching purity and vulnerability. However, whilst such a voice might well sit comfortably over sparser arrangements, as soon as a track gathers pace and fills out, it’s likely to be out-muscled. Volume alone probably won’t address this issue as simply making things louder won’t provide ‘presence’. Instead, look to expand the harmonic depth of the singer using a parallel distortion treatment to add bite. Use EQ and compression to keep this treatment under tonal and dynamic control then blend it with the dry vocal. Pink’s classic ‘Get The Party Started’ provides one dramatic example of this technique but subtler uses can be hugely effective too.

Delay is such a studio staple that’s it’s rare to find a track which doesn’t employ this effect in some form or other, whether subtly or more obviously. However, for tracks which employ longer, more obvious delays with high feedback levels to produce multiple echoes, adding a different sonic flavour to these can help contrast them from the dry sound which triggers them. Distortion – in all forms – can be great for this, creating driven or saturated sounds which colour the repeats of a signal without affecting the original. To do this, simply insert a Distortion plug-in after the Delay in an Auxiliary chain.

Distortion Doesn’t Need To Be Static

Led by the kinds of distortion effects we hear on guitar sounds, it’s always tempting to think that distortion is a ‘whole effect’, as responsible for the character of a sound as the instrument which feeds it. Even parallel treatments, where distortion is mixed with a dry source, will keep distortion ever-present and static but, of course, there’s nothing to stop you looking to bring movement and dynamism to such effects. Create an auxiliary bus with distortion at the top, and then try filter plug-ins, perhaps employing LFOs to push cutoff frequencies up and down, or auto-panning treatments, or any other effect which will inject timbral change, volume or other movement as the sound plays back.

One of the great ironies about modern digital systems is that they sound ‘too clean’. This argument has even extended to playback from digital systems; whereas the arrival of CD celebrated music without the ‘pops and clicks’ of vinyl or the ‘hiss’ of tape, more recently there has been a drive to bring back ‘noises’ of these very kinds to certain types of production. But these tricks shouldn’t be added for novelty; Tape Saturation effects don’t just provide hiss but instead recreate the ‘warmth’ of analogue tape by mapping the non-linear frequency response of taped recordings. In real terms, what Tape Saturation plug-ins do is to provide parameters which alter the harmonic make-up of a sound and allow for a ‘grey area’ when signals get loud. Whereas digital recordings distort when they cross the 0dB threshold, analogue systems provide a combination of much more musically-pleasing harmonics when signals are run ‘hot’. These are well worth exploring, not just on individual sounds but at the mix stage, where a mix can actually sound ‘cleaner’ and more rounded when run through carefully controlled Tape Saturation settings.

Using Transient Designers to emulate the response of Tape

When using tape, one key feature of percussive sounds is that the shape and impact of their transients can change. Whereas a kick drum or snare captured through a digital system will provide ‘full’ playback of the initial hit of a percussive source heading into its Decay portion, analogue systems – particularly tape running at slower speeds – will change this relationship. If you’re drawn to this approach, try using Transient Designers to ‘smudge’ the initial impact of a hit, so that the relationship between transient and decay is less stark. You can achieve similar results with heavy uses of compression, where the attack transient can be squashed into what comes afterwards. For ‘retro’ beat-processing, both approaches can be hugely effective.

If you record a live drum kit, the ‘spill’ between microphones often helps glue the sound of the kit together. While you’ll place individual microphones on each drum, the volume from adjacent kit pieces is bound to spill, whilst overheads and room mics will also capture a ‘group’ sound rather than that of a specific drum. Working with individual drum samples avoids such problems but also misses out on this natural ‘mix glue’. Adding Ambience reverbs to your samples can help but setting up parallel Distortion to create a driving ‘trash bus’ can be just as effective. Create something full, rich and aggressive, then create a balance between the original drums and this parallel distortion channel.

Not All Distortions Are Created Equal

Distortion comes in many different flavours, shapes and sizes. Whether you favour the sound of tube warmth, tape, solid state hardware, or the aliasing of early digital systems, trying a number of processors out on individual sounds, groups of complementary ones, or across an entire mix is always a good idea. Remember that distortion magnifies and changes the harmonic content of the input signal and that no two approaches to this will be quite the same. So create long chains of distortion effects, bypass each one and solo each in context with the rest of your track to make the choices which suit your needs.