In this article, DJ Mag offer their in depth review of Pioneer’s CDJ-2000 Nexus. This was originally featured in DJ Mag issue 516.

The release of the CDJ-2000 shook up clubland’s DJ booths and changed the way many DJs the world over prepared and played their sets — as well as bringing Pioneer to the forefront of DJ technology once again. Now CDJ-2000s are about to become old news with the advent of the next incarnation — the CDJ-2000nexus.

This is also destined to change the game yet again, and it’s the safest bet on the planet that clubs the world over will be scrambling to get their DJ boxes fitted with Pioneer’s latest box of tricks. While the CDJ1000 changed very little over the years with its various versions, the CDJ2000 was a truly revolutionary product that gained instant success. Pioneer aren’t resting on their laurels though, they are bringing out serious groundbreaking products at a furious rate.

The biggest and most exciting new feature found on the CDJ2000nexus is support for Wi-Fi connections to laptops, smart phones and tablet devices. This new feature is actually very easy to miss unless you are in the know, as there is nothing obvious on the case to give any inclination of this kind of connectivity. There is, however, one small catch. Unlike the new XDJ Aero, which has its own Wi-Fi router built in, the CDJ2000nexus needs to have a cable running to a wireless router to be able to talk to wireless devices. But that is not a major hassle to set up, even if there are going to be the inevitable amusing moments in DJ boxes while people look frantically for the Wi-Fi password to be able to start their set.

Of course, it is still entirely possible to do things the ‘old-fashioned’ way and plug a USB stick into the CDJ2000nexus, or even play CDs if that is more suitable for one’s particular choice of mixing media. Using Wi-Fi on the new CDJs is pretty straightforward once everything is set up. Tracks played via Wi-Fi are buffered in the CDJ-2000nexus, so if the signal is dropped the track will keep playing. Should the whole track not be loaded, an emergency loop function engages to ensure the beats keep pumping and DJs have a chance to mix in the next track without that dreaded awkward silence.

All of this is made possible thanks to the release of Rekordbox for iOS and Android devices, which allows DJs to take Rekordbox on their phone with them anywhere and prepare sets, create hot cues and loops as well as editing track details and compiling playlists.

The track information section has also been updated with improved track info, a beat countdown mode, phrase meter and information on the key available to make harmonic mixing quicker and easier than ever before. Further tidy improvements include being able to rate tracks while in the mix. These ratings will then be synced back with Rekordbox, making it easy to keep track of which tunes are working on the dancefloor and which aren’t.

It is rare that buttons are controversial, but the two new buttons that have appeared over the pitch-fader defiantly fall into this category. They are being bemoaned in some circles, but will be a welcome addition for most DJs — they are the new Sync and Master buttons that provide sync-lock with other CDJ-2000nexus players. The Master button selects the current player to act as the master, while the Sync button will lock the device to another CDJ-2000nexus that is acting as the master tempo device. The addition of Sync lock brings the CDJ platform in line with other competition products such as Traktor and the new Serato software. This is something that is very much here to stay, no matter how many moody posts DJs put on forums.

A welcome addition to the CDJ2000nexus are the new quantize functions that snap the cue and loop points to the Rekordbox beat-grid. This means that triggered samples and loops will be in perfect time with the music, taking away any need to fiddle around with the loops or embarrassing kludges when triggering samples.

For DJs who want to do it the old-fashioned way without the added help of quantise, this mode can be turned on or off at the push of a button. A new Active Loop function allows a loop point to be put at the end of tracks to ensure there is time to mix in a new track once the current track has finished playing, removing that awful moment of panic when the DJ is not paying attention and the current track playing ends unexpectedly in the middle of a set.

While not having quite the same groundbreaking effect as some of the jaw-dropping developments that were found when the CDJ-2000s were first introduced, there are some smaller but very welcome additions that include the needle-search ribbon now being illuminated and having a raised feel for more accurate track manipulation, an improved jog-wheel tension dial, and the ability to use the CDJ-2000nexus to control DJ software via MIDI or HID control.

Certain other features have found their way from other versions of the CDJ range, like Slip Mode which is found on the CDJ-900 and will silently continue track playback during looping, reverse or scratching, bringing the track back in once DJs have stopped using these features.

It is safe to say that the CDJ2000nexus is going to be the new industry standard media player and will be adopted swiftly, meaning even more choice for DJs on the format they play from.

As well as this, it’ll make life much easier when it comes to going through new releases and programming sets, as well as setting cue points and loops on the go via a smart phone or tablet — this will come as a great relief for many. Of course, CDJ players have never been cheap and these beauties are no exception, but those who need to get their sets together and practice them on a budget have the option of using the XDJ-Aero (which costs about half as much as a CDJ-2000nexus) at home before taking their USB stick or mobile device along to a gig to play tracks using the CDJ-2000nexus players — the Rekordbox data works seamlessly between all of these devices.

Add to these refinements a good helping of groundbreaking features and you have a very serious product indeed — the CDJ-2000nexus really is the business. There is little if anything that it does not do exceptionally well, and once again Pioneer are leading the pack from way in front with a product that will be lusted after by millions and regularly used by the world’s greatest DJs to move millions.

To read more articles like this, head over to www.djmag.com. 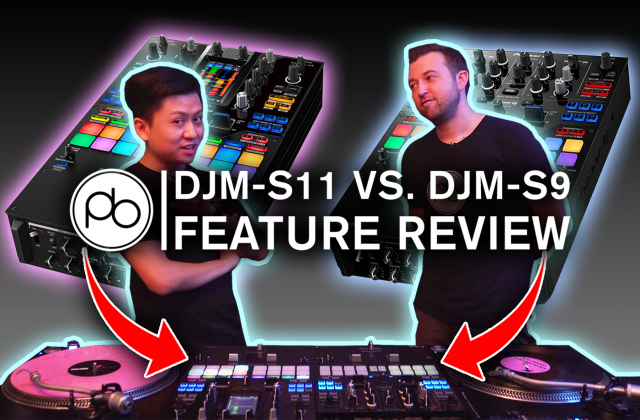 The 5 Best Delay Plugins To Add Space To Your Mixes