The second installment in our PBLA Playlist series comes from owner of Silverlake’s Mack Sennett Studios and head of Point Blank Los Angeles, Jesse Rogg. The LA-producer has been in the game since the late 90s and has since worked on projects with some incredible artists. His breakthrough track, ‘Black & Gold‘, with Sam Sparro was nominated for a Grammy and since its release has accumulated over 25 million hits on YouTube alone. Fast forward to 2018 and his track, ‘Beggin For Thread‘, with American singer-songwriter Banks just achieved Certified Platinum status (that’s selling over 1,000,000 units for those of you who aren’t familiar). Music Production & Sound Engineering is something we specialise in here at Point Blank so if you fancy trying your luck at making a platinum-worthy hit, check out our extensive range of courses here. If selecting tracks and creating mixes is more your style take a look at our Radio or DJ courses.

Jesse’s selection of tracks equates to over two hours of super-smooth listening. His diverse blend of tracks spans multiple genres but flows together like a silky continuous mix. Think soulful house meets woozy Mo-Town-inspired beats and you’d be somewhere close to what’s in store. Hit the play button and read on to find out more about Jesse’s creative projects, collaborative studio haven, and more.

For the purposes of our audience, can you give us a brief introduction into the world of Jesse Rogg and where you fit into the PBLA story?

I’ve been a record producer since the late 90s and had my first success with Sam Sparro and the Grammy-nominated single “Black & Gold”. 6 years ago I bought Mack Sennett Studios as a place to house LA’s creative renaissance and shortly afterward I met Rob Cowan (the owner of Point Blank). I had always wanted to have a music education component at the studio so we partnered up and created Point Blank, Los Angeles.

Could you tell us a little bit about your choice of tracks on the PBLA playlist and why they made your selection?

My musical taste is quite wide-reaching, I listen to everything from deep underground house and techno all the way through Top 40. I suppose my sweet spot is somewhere in the middle.

The track, ‘Beggin For Thread’, you produced for Banks just went platinum, how did the song come together?

It actually took quite a while to get to the final version but it’s always a pleasure when I’m working with Banks and co-producer Tim Anderson.

I was Banks’ first producer to release music with her back in 2013 so I got to help develop her sound and vision through the years.

What have the highlights of 2018 been so far for you?

Too many to mention but my biggest accomplishment has been starting a creative agency with house music legend Jesse Rose, based out of Mack Sennett Studios as well.

How has Mack Sennett developed over the years, and Point Blank as a constant part of it, how has that fit into the ethos of the building as a ‘creative hub’?

My vision for Mack Sennett Studios has always been to have it be a place for people to come together and collaborate on creative projects, whether that be music, shoots, events, food, tech or anything else really. The studio is constantly in motion and PBLA is a perfect addition to the mix.

Do you have any other exciting projects in the pipelines that you can tell us about?

Some of our clients on the agency side include Dubfire, Gary Richards/ Destructo, and many others… we’re excited to continue to develop their creative careers and constantly work on moving the needle on culture.

Our first edition of PBLA Playlist’a was curated by LA beat scene contributor Sweatson Klank. Check out his selection and learn more about his work with Friends of Friends Music here.

We hope reading about Jesse’s music has left you inspired! In addition to the work we do in Los Angeles, we also have schools in London, Ibiza, Mumbai and offer courses Online.

This post is included in Interviews, News, Point Blank LA 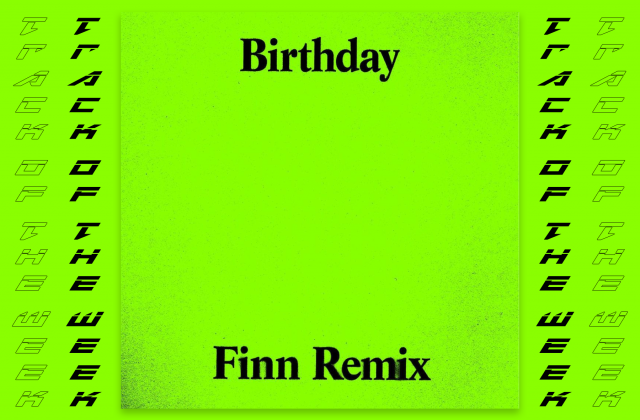