Our PBLA playlist series shines a light on some of the talented people we work with at Point Blank Los Angeles. As well as giving them the chance to show you what music inspires them, they also let us in on what’s going on musically in their lives – their projects, releases, production methods and more. Read on below for part three, our PBLA Playlist with Point Blank music production & sound design instructor, Computo.

Joe ‘Computo’ Caputo is a Hollywood-based producer and sound designer with a serious addiction to modular synthesis. He worked with Native Instruments for six years before joining Point Blank and knows pretty much everything there is to know about Maschine – he’s even trained artists like Zedd, Flying Lotus, and A-Trak to use one. His focus now lies on modular synth composition and sound design – something he’s a self-confessed fanatic about. In 2015 Joe founded Voltage Control Lab, a platform for both new and experienced Modular Synth enthusiasts to learn about their instruments and take control of their sound. Whilst he’s not creating his modular synth tutorials or worker on CNTRPNT, another organisation he co-founded, he produces scores for films as well as some bouncy, club-ready beats. If you want to learn from the likes of Computo, or any of our other talented PBLA tutors, why not check out the courses we offer in Los Angeles? At our Mack Sennett Studios facilities, we teach our popular Intro to Music Production course for beginners as well as Remix & Performance, Music Business, Complete DJ and others.

Computo’s selection of tracks equates to just under two hours of bouncy, electrifying dance tracks. The list of percussive-house tracks he’s included feature a number of his favourite artists at the moment, as well as a couple of new collaborations from the man himself. Hit the play button and read on to find out more about Computo’s creative projects, thoughts on 2019’s new tech announcements, and more. 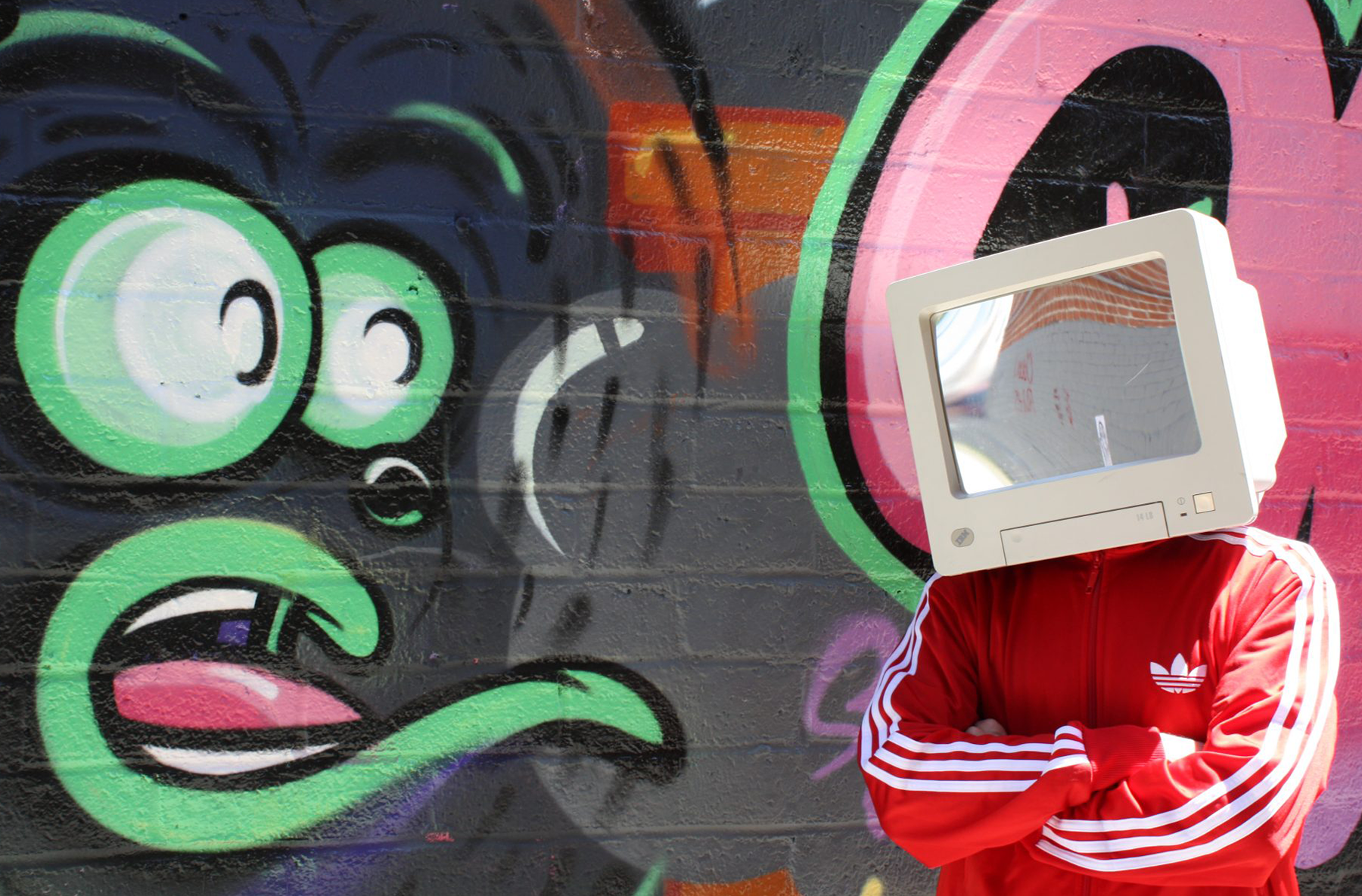 For the purposes of our audience, can you give us a brief introduction into the world of Computo and where you fit into the PBLA story?

I’m Computo! I come from a classical percussion background but transitioned to drumset in college. I found a love for electronic music in my pursuit to collect contemporary sounds into my drum kit, and have been producing and composing ever since. I was first introduced to Ableton in 2003 by Lenny Pickett, (leader of the Saturday Night Live band at the time) and it quickly became my tool of choice. I moved to LA in 2005, after completing my first solo album SuperConductor (a glitchy IDM experiment), and found employment at Native Instruments. After 6 years there, I left the company to pursue music composition, while freelancing for NI. They would send me to studios to train VIP artists on NI products, and it was through this role that I got to meet some of my heroes, like Flying Lotus, Cliff Martinez, Peanut Butter Wolf and the Stones Throw DJs, and many others. I started Voltage Control Lab, an online resource and Youtube channel for modular synthesists in 2015, around the same time I began teaching at Point Blank LA, joining a team of formidable artists and teachers.

Could you tell us a little bit about your choice of tracks on the PBLA playlist and why they made your selection?

I wanted to share some music from artists that I have worked with, and/or artists that have inspired me, artists that everyone should know, so it is kind of all over the place! Recently, I’ve been making a lot of house music with some friends of mine, including LP Giobbi and Hermixalot (who are two of the greatest people ever) so I’ve included our first track together, ‘Amber Rose’. This track was the first release on Animal Talk Records, a label started by pop artists Sofi Tukker, with whom we worked on the track ‘Manifesto’ which was released to mark the official launch of the label. Sophie and Tucker are very inspirational people, “rockstars” in every sense of the word but without the traditional trappings of rockstardom. Their music is so minimal yet effective, so of course, I’ve included one of their tracks, ‘Mi Rumba’, in the list as well!

I worked with Drumcell back in my Native Instruments days – he’s one of the great artists of our era. Todd Edwards is one of the most influential characters in electronic music, a Grammy winner for his work with Daft Punk, the godfather of UK Garage, and PBLA guest speaker. ‘Rockit’ is in there because it was produced by one of my favorite producers, Bill Laswell, whose solo career as a producer and bassist is unparalleled. And of course, I’ve included some must listen material from my all-star collection of colleagues at PBLA, Dave Harrow (aka Oicho), Arabian Prince (JJ Fad), as well as some of my favorite electronic tracks of the past many years.

As a modular synth enthusiast are there any pieces of studio tech coming out that you’re especially excited for?

I am a modular synth fanatic… And foremost, I have to stress, gear doesn’t matter, especially the newest gear. However, there are a lot of very exciting things happening right now in the music tech world. Seeing Qu-bit Electronix “Scanned” bring Max Matthews ideas into hardware has been inspiring, and their Nebulae is always fun. Bitwig’s integrated modular environment looks great! I am a huge fan of the Korg Volca synths, and seeing their new range is pretty neat. Korg has some other really cool stuff happening with regards to user access to reprogramming their larger synths as well! Of course, I’m also very eager to see Massive X from NI. It looks like 2019 will be the year of the affordable modular, which is exciting – but be wary, choose wisely!

What’s your current setup like for making music? Do you record a lot of stuff directly from your hardware?

Currently, I’m actually producing much more inside Ableton than working with hardware. In terms of getting the sound I’ve been cultivating, it’s difficult to fine tune and reproduces some of that in hardware. Of course, I love hardware and modular synths, so I am never far from them. Any time I am stuck or need inspiration, that is when I turn away from the screen to the modular.

I noticed you started a new project with h3ryluck titled French Involvement what’s the story here?

Hery was a PBLA student for a few terms, and we met in my sound design and Maschine classes. At the same time, I was working with LP Giobbi on some new tracks, and we needed a vocalist on one of them. So I sent the track to Hery, asking him to come over the next day after class, and record with us. He wrote the lyrics to “Kupsa Kupsa” in the Uber ride to the studio the next day and recorded them on the spot. I’ve included this track in the playlist as well, as it really was the beginning of our collaborations.

In December, we were booked to play Snowglobe Music Festival (which had just partnered with MTV) so we pre-released a new track, ‘Six Shots’, and built some hype under the name French Involvement. We decided to only perform this one show under that name, now simply going by H3ry Luck & Computo.

Do you have any other exciting projects in the pipelines that you can tell us about?

My Ableton One Thing video just launched, which was really fun to do! I have a bunch of solo material that is waiting to find the right home, as well as a ton of finished tracks with LP Giobbi that will be released this year, hopefully. I’m also planning the return of the Voltage Control Lab channel on YouTube, so go subscribe!

Our last edition of PBLA Playlist’a was curated by Mack Sennett Studios owner and Banks collaborator, Jesse Rogg. Check out his selection and learn more about his creative projects here. We hope reading about Jesse’s music has left you inspired! In addition to the work we do in Los Angeles, we also have schools in London, Ibiza, Mumbai and offer courses Online.