Once again it’s time to share with you some of the success stories that have recently been enjoyed by a selection of our students, giving you an insight into how careers in the music industry are established and nurtured right here at Point Blank. In February 2016, we look at how Olly Ashley (founder of Radar Radio), Larose (Gottwood Festival) and Blane Read (MadTech Records) have been doing since studying with us.

Since studying with Point Blank, Ollie Ashley has gone on to make big moves in the industry. He’s the founder and station manager of Radar Radio, which has already been received online support from the likes of Thump and Fact Mag. The online station supports the best upcoming DJ talent, and regularly has shows hosted by the likes of Ikonika, Brackles, Amy Becker and Girl Unit.

While studying Radio Production at Point Blank in London, Ollie met Monki (PB graduate and now Radio 1XTRA) and eventually started working at Rinse FM after serving his time as an intern. He went on to become Rinse FM’s first full-time evening producer, which was a landmark moment for him and for the station too. Following that, Ollie met NTS Radio founder Femi Adeyemi through Floating Points, and became the studio manager at NTS for nine months.

On studying Radio at Point Blank, Ollie said: “I really owe Point Blank a lot in terms of teaching me the basics, and to get my foot in the door in the radio industry.”

Milton Keynes-based producer Blane Read studied our online Music Production Ableton Live Diploma, and has since had his music signed to Kerri Chandler’s MadTech Records. Blane’s tracks have recently received huge support from the likes of Hannah Wants, Kissy Sell Out, Robert Owens, Mark Radford and Carnao Beats, alongside plays on Rinse FM. He is also co-owner of Dusty Grooves, a new record label which he started in 2015 alongside fellow DJ and producer Ensall.

As well as this, Blane has delivered official remixes for Higher Self (Spinnin’ Records), A Lister (Audio Rehab) and S. Jay (MadTech Records). His latest track ‘I Came To Jack’ was premiered on Mark Radford’s Audio Rehab show, and it’s also been played on Kiss FM too. It’s safe to say that things are looking very promising Blane – keep an eye on him in 2016.

When asked about his studies with us, Blane said: “I would definitely recommend Point Blank to any producer looking to develop their sound further. Even though I was already releasing music before I started the course, I felt that once I had completed it my music was sounding much more professional and I had filled the gaps in my knowledge. It was also a great experience to of be taught by Stefano Ritteri, a very knowledgeable producer who’s signed to lots of respectable labels. The instructors really know their stuff so there was always someone to turn to if you needed help or advice.”

Larose began his journey when he studied Art of Mixing with Point Blank, which forms part of the Complete Master Diploma. During his time in London, he got fully stuck in and became a resident DJ and member of the Motek Music imprint. He’s played at a multitude of London venues to large crowds, and has appeared on the same line-ups as acts like Slam, Simon Baker and My Favourite Robot. This comes alongside being booked for the boutique electronic music festival in Gottwood.

Larose has just launched his new audio/visual project called Synergy developed in collaboration with Nanoleaf. The aim of the project is to enhance live performance through the use of lights that directly react to the sound of the instruments in the tracks. He’s going to be touring Synergy in Canada (he’s based in Montreal at the moment) throughout spring and will be travelling to Europe from mid-April to mid-May. Part of this tour will be a series of workshops on the project, including a stop at the Point Blank Ableton Live User Group on May 12th.

Larose is really interested in finding new ways of performing music, and likes coherent projects where the whole experience is relevant to the artistic direction. To him, that is what Synergy is all about. In the future, Larose is looking to work with different artists and be involved in the creation of such projects. This type of ambition in our graduates is what we love to see, and we wish Larose all the best!

On his time at Point Blank, Larose said: “Going to Point Blank always felt like a way for me to commit to my musical career. It was the push I needed to come out of my shell. It gave me the foundation on which I was able to build and develop my technique, my sound and my craft. When I first started playing out, I was always trying to improve my live sets. Today, I still work with my Ableton instructor Freddy Frogs. We exchange ideas, new Max for Live devices and all sorts of music-related stuff. Through my studies, I also met my good friend Matt Hardinge and I became a resident for his Motek Music night which is now my label for my DJ-oriented material.” 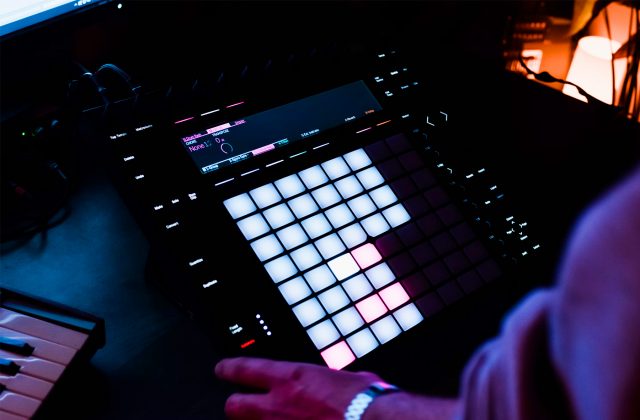 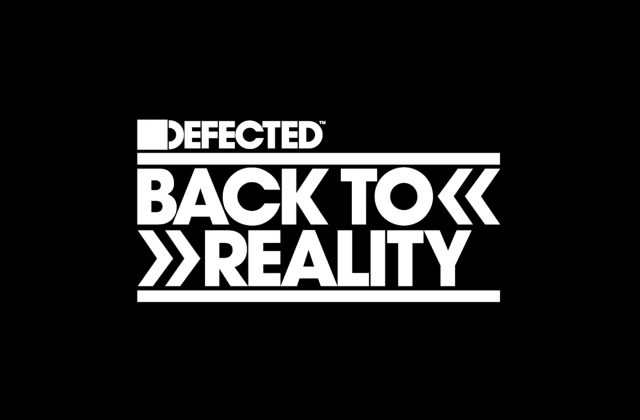 What’s On Weekly: Getting Into the Music Industry w/ Defected Records & More