In July, experimental musician TCF announced the news that he was becoming an advisor for an innovative new streaming platform, Resonate. Not surprising – streaming has triumphed over digital downloads as the way most people access music in 2016. But unlike, say, Spotify or Apple Music, Resonate bills itself as a cooperative, using pioneering technology – known as blockchain – to ensure independent artists receive fair compensation for their art. In a climate where Spotify is roundly derided for applying a subscription model that earns money for a handful of huge megastars and – most notably – their labels while giving independent artists next to nothing, Resonate offers an alternative. And when industry insiders continue to declare, in no uncertain terms, that streaming killing music, or creativity in music, an alternative is crucial.

But what is blockchain? In the simplest terms, blockchain records permanent and transparent string of transactions viewable and stored by everybody on the network. Chances are, your first encounter with blockchain technology – if you’ve heard about it at all – is through BitCoin. Remember that? This peer-to-peer cryptocurrency was championed a few years ago as an alternative to traditional money. Boundary-free (therefore not tied to exchange rates), secure, anonymous and decentralised, no single institution controlled the flow of BitCoin. It disrupted the idea that you needed an intermediary – a bank – in order to buy or sell. Free of the banks, free of inflation, jurisdictions, charges and other weaknesses inherent within traditional banking. Also, no more bankers. Easy.

especially @UMG_News for selling our music so cheaply.

It’s not hard to see why this could be read as a revolutionary force when applied to the music industry. It’s an area that has traditionally struggled to embrace new digital technology and when it has, it has often tried to merge pre- and post-digital models into a messy, knotted, fragmented system. Royalties earned via streaming, say, can take a long to work their way through the outmoded processes. Plus, if you’re an independent artist, the skewed maths of Spotify (just one example) are stacked against you. Blockchain offers a new way, with musicians having increased ownership of their music and the relationship between fan and artist streamlined and transparent.

Imogen Heap, who has cultivated a blockchain ‘fair trade’ project called Mycelia told City AM: “Blockchain is completely enabling us to rethink the basic, core structure of how monetary distribution works in the industry. It can be used to build a united platform and create an ecosystem, but most importantly builds innovation under the standards that make sense for artists.” Likewise, in this blog entry on Hypebot, Bas Grasmayer highlights three main areas where blockchain could be applied: metadata, rights and payments. Metadata, stored in the music file, would include who wrote the song, who played what instrument, who penned the lyrics, who created the artwork etc. Rights – who has rights to what and where – would benefit from the transparency offered by blockchain, and payments would be faster and again, traceable. A live prototype platform, Ujo, is experimenting with the idea of creating this networked database using Imogen Heap’s ‘Tiny Human’ song as a test. According to the Ujo website, “You can explore the ‘Tiny Human’ network, examine the policies associated with the track, see how payments are automatically distributed to the different contributors to the song and – if you have the cryptocurrency Ether – buy a download of the song and have your transaction recorded permanently on the blockchain.”

The key idea here is transparency. The music industry’s lack of transparency has been thrown into sharp relief recently as songwriters have taken high profile actions against DSPs including Spotify, TIDAL and Rhapsody. “Spotify is addressing the issue by brokering a settlement with the NMPA, but this seems like a short-term fix to a bigger problem,” says Benji Rogers, chief strategy officer of Pledge Music in this Midem blog post. “With an industry that complains about how little it gets paid, we make it very difficult for users of our copyright to know exactly how to pay the correct people.”

As it is, if you want to use a song in an advert sync, it’s actually very hard to track down who owns it, who to contact and how to license it. Blockchain would create a database accessibly to everyone, updated across all copies at once and owned by the public. The data would include information about who and how to pay, and who to contact. Every time this is altered the change would be recorded and attributed and – crucially – approved by the correct parties before being locked into the system. “This won’t stop incorrect data being inputted in the system,” continues Rogers. “But creates a solution for how to resolve it.”

But there’s an added bonus for artists, producers, vocalist and remixers. Look at the below DAW sequence (nabbed from a super informative post of the Resonate blog by Peter Harris):

We see five players listed, sequenced in different sections of the song. Harris asks you to imagine that the vocalist has allowed you to sell the full song to a TV or film, but doesn’t want her commercials being used in an advert. Or what if a DJ wants to only use the keyboard? If the band built rules into the blockchain, they could issue licences and deliver stems without the need to negotiate a deal. What, on the other hand, if they want to be notified when someone wants to use there work so they can make up their own mind dependent on the circumstances? That can be built in too. “Then think about the engineers, producers and mastering specialists who have been typically unaccounted for in these situations,” says Harris. “It becomes easy to imagine that everyone involved could finally be effortlessly compensated for their role in the creation of a particular piece of music.”

This piece also cites how blockchain would stop artists’ material ending up in places they never agreed to, like, say, the thousands, maybe tens of thousands, of artists who are on Spotify without their knowledge. “Those artists likely sent their work to an aggregator like TuneCore to get into iTunes, unaware of some minor point in their terms and conditions that would allow them to place that content elsewhere. Imagine for a moment that embedded within music files was a smart contract that could run 24/7 sending out automated licensing, usage and payment agreements to hundreds of parties around the world”

But before we get too excited by this brave new and dizzyingly fair world, getting the industry to adopt the new model wholesale may take a little while. Ujo founder Phil Barry, who also worked on Thom Yorke’s BitTorrent-released Tomorrow’s Modern Boxes as a consultant on user experience, business model and media strategy doesn’t expect it to happen overnight. Talking to Billboard he said: “People have their own vested interests in keeping data private and all the existing systems are outdated and don’t match up. [But] if we wait for all the music publishers and all the collecting societies and everybody to organize themselves, sit around a table and reach an agreement about creating this central database we’ll be waiting until the end of the next century.”

Likewise, in the Hypebot piece, Bas Grasmayer warns that the main barrier to wholesale uptake across the industry is competing interests. “For instance, if you’ve invested a lot of money into marketing a sub-licensed work in a certain territory, you wouldn’t want everyone to be able to see when your right expires… because then you’ll have a lot of competitors who might try to secure those rights.” He also flags up privacy issues: “There’s a lot of interest in making payments transparent, so that it becomes clear how much a party like Spotify actually pays to certain labels, and what happens to that money along the chain to the creators. Creators are likely to have privacy concerns about having their income being public though.”

Despite these challenges, Phil Barry remains certain that, over time, the changes will be implemented, if only because the old models as they stand are unsustainable. “The music industry absolutely needs new revenue and business models, new ways of consuming music and simplify the way music is managed and licensed,” he told Billboard. Returning to Resonate, the streaming platform championed by TCF, its cooperative model and #fairmusicstreaming MO – built on blockchain technology – suggests a way forward that ensures independent artists can continue to earn money. That means advancing the careers of countless songwriters, performers, producers and other creatives, which, in turn, means our favourite artists can keep making music. Which means we can keep making music.

Sure, blockchain may still be in its infancy, but as more and more startups begin experimenting with its application, more alternative pathways will open up for the future of the music industry. Or, as Phil Barry says, “Just standing in the middle, collecting money, waiting a year, sending it on and taking 10 percent won’t work anymore. If anybody wants to build a new curation or streaming service, a negotiating service or other things that no one has imagined yet they can just build it on top of the blockchain. If it is a good model that benefits the creative community it will succeed, if not, it won’t.”

Do you want jump in and start shaping the future of the music industry. Point Blank offers the perfect foundation for tomorrow’s biggest artists and industry leaders. Our Music Business module, part of the  BA (Hons) Music Production & Sound Engineering degree, covers publishing, the international market, how to set up a business and even the history of the music industry. Plus, as it’s validated by Middlesex University, you won’t find a better way to immerse yourself in your passion for music. 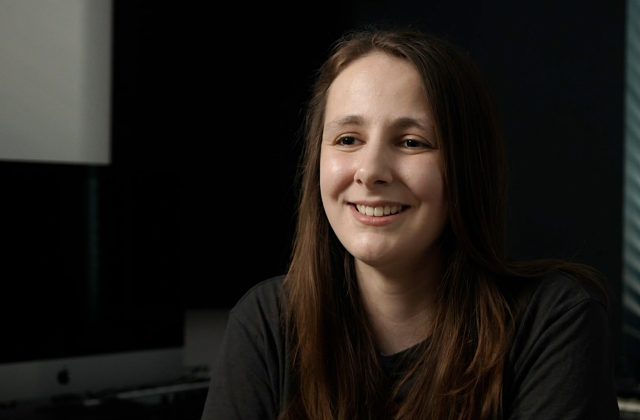