Point Blank Los Angeles is now introducing Apple Logic Pro X, in addition to Ableton Live 11, into our course curriculum. Although Point Blank LA is proudly an Ableton Certified Training Center, we are excited about adding Logic Pro X to our curriculum which will allow students to diversify and expand their music production skills even further. Plus, we’re currently offering 20% off our professional courses in Los Angeles using the code WINTER20 when enrolling – just be sure to take advantage of this offer before it ends on January 16th.

Both softwares suit each musician equally based on the type of production they are performing and the kind of music they are creating but learning how to navigate all DAWs allows for an even better understanding of music production. Plus, this will allow you to figure out which DAW works best for you individually.

However, there are undeniable benefits to both Logic Pro and Ableton. An important differentiator between the two DAWs is that Logic Pro is only compatible with Mac computers and Ableton works on both Mac and Windows. Therefore, having both Ableton and Logic Pro available to students will allow them to explore the benefits of each even further. Check out  some of the useful techniques you’ll learn from one of our Logic Pro X courses below.

With the introduction of Logic Pro into our Point Blank LA curriculum, here are some Apple Logic Pro facts for you to know:

Logic was first created in the early 1990s as “Notator Logic” by the German software developer called C-Lab, later known as Emagic. In 2002, Emagic was bought by Apple and then the software was renamed Logic Pro – the name that we are all familiar with today.

According to Apple, “Logic Pro X is a powerful creative tool for professional song writing, beat-making, editing, and mixing. Logic Pro turns your Mac into a professional recording studio able to handle even the most demanding projects. Create and arrange music in real time and quickly build beats and melodies. Capture your compositions and performances — from tracking a live band to a solo software instrument session — and flow them into your songs.”

To learn even more about Logic Pro X and what the software offers click here.


This post is included in News, Point Blank LA

How to Chop Up Samples Like Four Tet and Bonobo 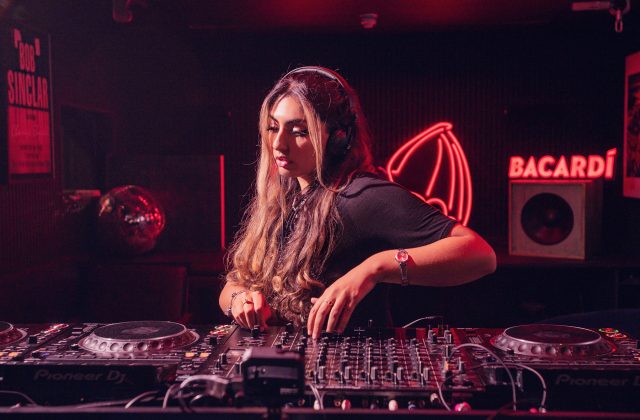 In Conversation with elrow’s Up & Coming Talent Competition Winner: Florentia